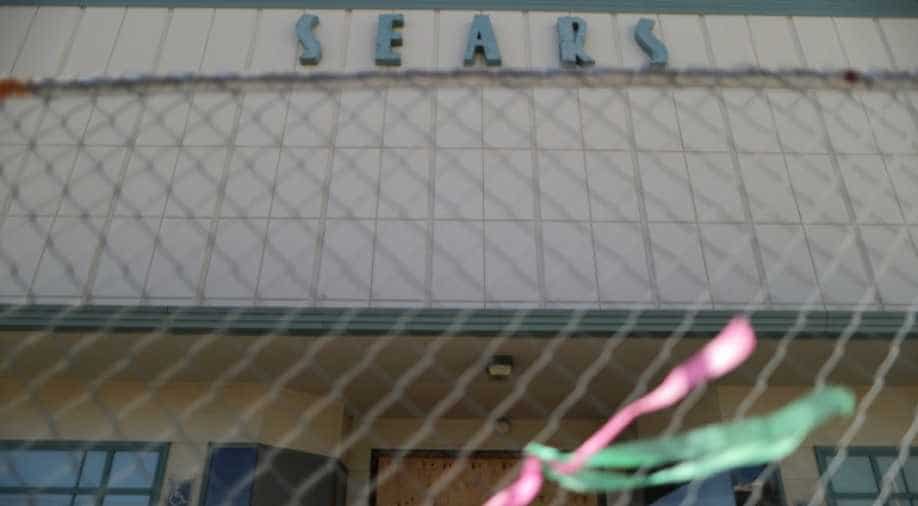 Some of Lampert's bid relies on $1.8 billion of Sears debt that ESL already holds and plans to forgive to back the offer, the sources said.

Sears Holdings Corp Chairman Eddie Lampert submitted a $4.4 billion takeover bid for the bankrupt US retailer, representing its only chance of escaping liquidation and laying off tens of thousands of workers, a spokesman for the billionaire's hedge fund said on Friday.

Lampert's bid is backed in part by $1.3 billion in financing from three different financial institutions, the spokesman for his hedge fund, ESL Investments Inc, said. It would preserve about 425 stores that Sears has yet to close and secure the jobs of up to 50,000 workers out of the 68,000 employed by the retailer. An affiliate of ESL, Transform Holdco LLC, submitted the bid, the spokesman said.

People familiar with the matter said the financing comes from Sears' existing lenders Bank of America Corp and Citigroup Inc, as well Royal Bank of Canada, which was not previously a lender, which together agreed to provide a $950 million asset-based loan and a $350 million revolving credit line.

Some of Lampert's bid relies on $1.8 billion of Sears debt that ESL already holds and plans to forgive to back the offer, the sources said. The bid also includes about $400 million in financing from non-bank lenders, the sources said.

"Factoring for all considerations, we believe that our going concern bid provides the best path forward for the company, the best option to save tens of thousands of jobs and is superior for all of Sears’ stakeholders to the alternative of complete liquidation," the ESL spokesman said. "Much work remains and there is no assurance our proposal will be completed."

Sears will now evaluate the bid to determine whether it is viable, and there remains a possibility the company could reject it, some of the sources said.

A US bankruptcy court judge must approve any sale of Sears. The judge will weigh the opinions of other stakeholders, including unsecured creditors who have argued they could recover more of their investment if the department store operator winds down.

Without the financing or another buyer, Sears faces the prospect of closing its doors for good and putting roughly 68,000 people out of work.

The 125-year-old retailer filed for bankruptcy on October 15 and developed plans to restructure around the sale of 500 stores and businesses including Kenmore, DieHard and the company's home services division. Only Lampert's ESL offered to buy the entire company.

The only other bids Sears has received are from suitors interested in pieces of the company and liquidators prepared to run going-out-of-business sales at stores and shut down the retailer.

Sears dates back to the late 1880s. Its mail-order catalogues with merchandise ranging from toys, medicine and gramophones to automobiles, kit houses and tombstones made it the Amazon.com Inc of its time.

But the iconic retailer gradually lost its shine as consumers increasingly favoured brick-and-mortar rivals such as Walmart Inc and Target Corp and e-commerce.

Lampert, who through ESL is Sears' biggest shareholder and creditor, formed Sears Holdings in 2005 by acquiring Sears Roebuck in an $11 billion deal and combining it with discount chain Kmart, which he had also taken over.

Lampert had pledged to restore Sears to its glory days when it owned the Sears Tower in Chicago, then the world's tallest building, and companies that included a radio station and Allstate insurance. But the company stopped turning a profit in 2011, and it gradually started to sell assets, such as its legendary Craftsman brand and many of its properties, to stay afloat.

Sears Holdings listed $6.9 billion in assets and $11.3 billion in liabilities in documents filed in the US Bankruptcy Court in the Southern District of New York.

The largest US toy retailer, Toys ‘R’ Us, tried to emerge from its 2017 bankruptcy filing but was forced to liquidate six months later after creditors lost confidence in its turnaround plan.