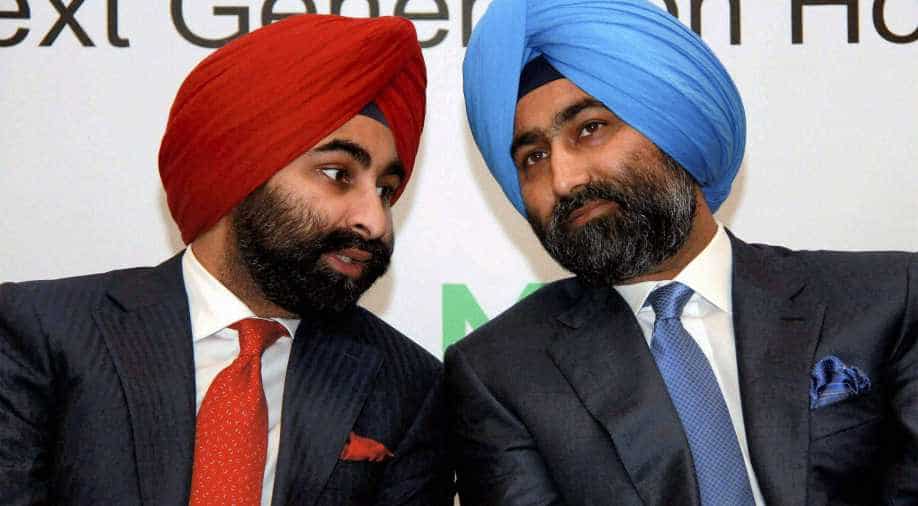 “It is not a question of individual honour but it doesn't look good for country's honour,” the SC told the Singh brothers.

The Supreme Court Thursday asked former Ranbaxy promoters Malvinder Singh and Shivinder Singh to apprise it how they propose to comply with the Rs 3500 crore arbitral award passed against them by a Singapore tribunal.

A bench headed by Chief Justice Ranjan Googi asked the Singh brothers, who were present in the court, to consult their financial and legal advisors and give a concrete plan on how they will comply with the tribunal's order.

"It is not about individual honour but it doesn't look good for the country's honour. You were the flag bearers of the pharmacare industry and it doesn't look good that you are appearing in court," the bench also comprising Justices Deepak Gupta and Sanjiv Khanna said.

The bench asked the Singh brothers to appear before it on March 28 and submit the plan, saying "hopefully it will be the last time you are appearing in the court".

The apex court was hearing the plea of Japanese firm Daiichi Sankyo which is seeking to recover Rs 3,500 crore, awarded to it by a Singapore tribunal in its case against Malvinder and Shivinder Singh.