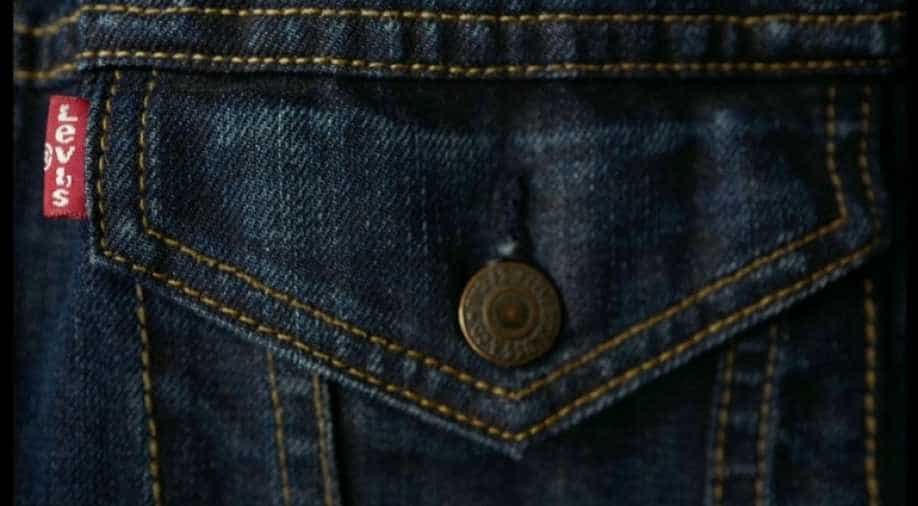 The label of a Levi's denim jacket of US company Levi Strauss is photographed at a denim store in Frankfurt, Germany. Photograph:( Reuters )

Levi Strauss & Co has been "deliberate and diligent" in moving production out of China because of uncertainty hanging over tariffs on goods imported from China, Chief Executive Officer Chip Bergh said in an interview with Reuters.

Just 1% or 2% of Levi's product sold in the United States are manufactured in China, Bergh said, compared to 16% two years ago.

Bergh was speaking one day before President Donald Trump said he would impose tariffs on another $300 billion of Chinese goods, including apparel.

Trump has used tariffs as a tool to negotiate better trade terms, saying bad deals cost millions of US jobs.

Along with apparel, the new tariffs hit consumer goods such as electronics and toys and come in addition to those already imposed on $250 billion of other goods imported from China.

The on-again, off-again nature of the U.S. tariffs on Chinese goods had created uncertainty for many US retailers, Bergh said.

"Every day is a new day," he said. "Sometimes it looks like it's definitely going to happen and then other days you think it's off, it's not going to happen."

San Francisco-based Levi's, which returned to the public markets in March, is part of a wave of retailers that have been shifting supply chains out of China to countries such as Vietnam and Bangladesh.

The trend was initially in response to higher Chinese wages but the exodus is expected to be accelerated by the new tariffs, which Trump said will go into effect Sept. 1.

They are expected to increase consumers' costs and have an impact across the entire retail industry.

However, China still is a big supplier to the industry with 42% of apparel and 69% of footwear sold in the United States made in China, according to the American Apparel and Footwear Association.

Levi's has two of its own factories in Poland and South Africa but mostly uses third-party vendors or suppliers spread across 22 different countries, said Bergh, who joined the company in September 2011.

"We've narrowed down our supplier base during the time that I've been here to really develop deeper, more strategic relationships with many of our suppliers," he said.

Many of Levi's suppliers in China are publicly traded companies that have multi-country footprints, said Bergh, that has diversified risk by building factories in places like Vietnam and Cambodia.

Trump also has threatened to impose tariffs on Mexico in retaliation for illegal immigration largely from Central America, across the US-Mexican border. He is pushing Congress to approve the United States-Mexico-Canada Agreement (USMCA), a deal his administration reached to replace the North American Free Trade Agreement (NAFTA).