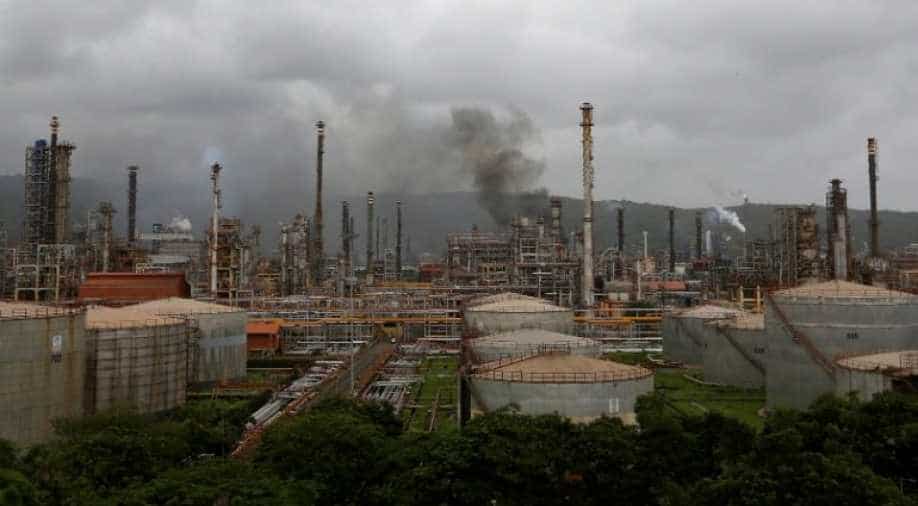 FILE PHOTO: Smoke billows from the Bharat Petroleum Chemical Limited (BPCL) refinery after a fire broke out in its premises in Mumbai, India Photograph:( Reuters )

India has set a target of raising 1.05 trillion rupees ($14.6 billion) through the sale of state stakes in companies by March 2020. It has reached 173.64 billion rupees since April by selling minority stakes in government companies.

The government owns 63.75 per cent of Shipping Corp and a stake of 53.29 per cent in India's second-biggest state refiner BPCL, which industry sources estimate could fetch $8 billion to $10 billion.

Sitharaman said management control of BPCL's subsidiary, Numaligarh Refinery Ltd (NRL), in the eastern Indian state of Assam, will be given to another oil company for consolidation.

India, which has already announced a plan to sell national carrier Air India, faces tax shortfalls of around 2 trillion rupees in the current fiscal year, making the stake sales critical to relieving the deficit.

Modi's government has set a fiscal deficit target of 3.3 per cent of gross domestic product (GDP) for the current year, but economists and government sources say this is likely to slip to around 3.8 per cent.

Separately, the cabinet approved the import of 1.2 million tonnes of onions to curb local price rises, as well as a two-year moratorium for telecom companies to pay their spectrum dues.