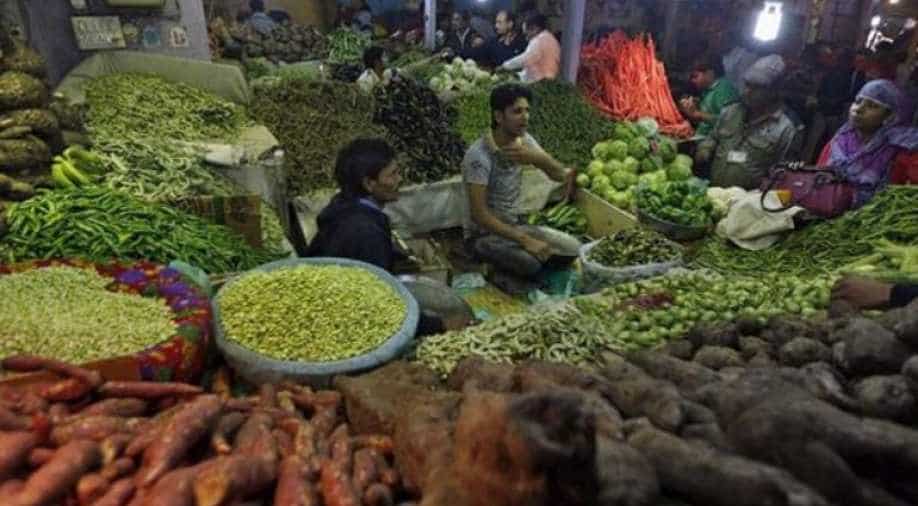 Food inflation in urban areas rose by 16.6 per cent in November on a yearly basis and 2.4 per cent on a monthly basis and that in rural areas by 19.3 per cent and 3.4 per cent, respectively.

Inflation rose to 12.7 per cent year-on-year, the highest level in nine years mainly driven by an increase in prices of food items, the Pakistan Bureau of Statistics (PBS) said in a report.

Inflation, measured by the Consumer Price Index (CPI), edged up by 1.3 per cent over the previous month after the PBS revised its calculation methodology by setting the new base year 2015-16 instead of the previous 2007-08 financial year, Dawn reported.

In a statement, the Finance Ministry claimed that inflation would come down from the next month, however, without divulging further details on how they figured this out.

The data released on Wednesday showed that higher prices of food items have been the largest driver in overall inflation in November.

It has also been observed that the prices of essential food items are higher in rural areas than in urban areas, the report said.

Food inflation in urban areas rose by 16.6 per cent in November on a yearly basis and 2.4 per cent on a monthly basis and that in rural areas by 19.3 per cent and 3.4 per cent, respectively.

Similarly, non-food inflation in urban centres was recorded at 9.6 per cent year-on-year, while it was 9 per cent in rural areas.

The rise in non-food inflation is mainly driven by an increase in oil prices over the past few months and a combined impact of the depreciation of the exchange rate.

Economist Ashfaque Hasan Khan, however, believes that inflation is likely to be "more than 13 per cent in December, and the expected increase in inflation numbers would be based on a hike in energy prices, currency devaluation and high-interest rates."

"Higher prices of imported items and raw materials due to the currency devaluation are being passed on to consumers. Companies are also passing on the higher costs of working capital amid increased interest rates to the consumers," Khan was quoted as saying by Geo News.

The central bank kept its benchmark interest rate unchanged at 13.25 per cent in November, as expected, to prevent food inflation, nearing the top of its target range, from further spreading.

State Bank of Pakistan Governor Reza Baqir was recently quoted as saying that rising inflation "has partly been the result of the need to restore competitiveness in the exchange rate, increased administered prices to reduce fiscal deficits in the public sector, and unforeseen food supply disruptions."