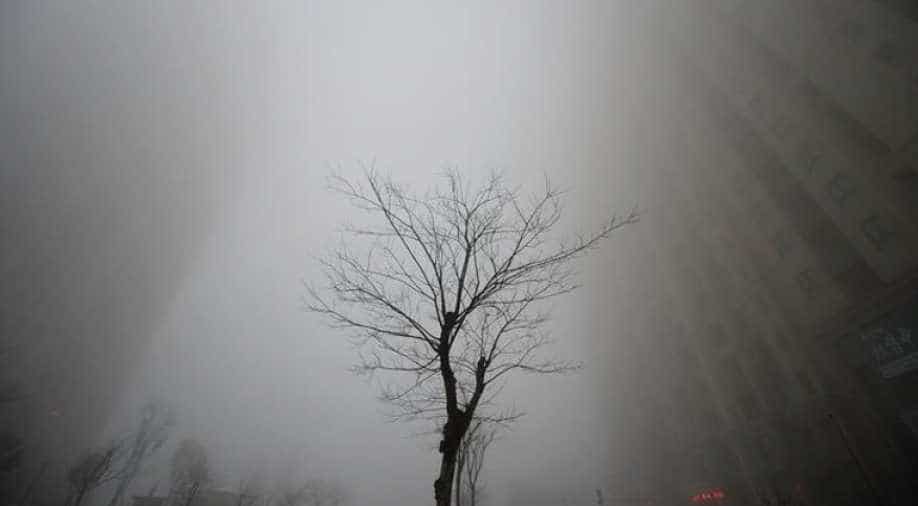 World carbon emissions are set to rise 2 percent this year to a new record, scientists said on Monday, dashing hopes that global emissions had already peaked.

Carbon emissions had been roughly flat from 2014-16, but will increase this year mainly due to a rise in China after a two-year decline, the scientists said.

Their data, presented during negotiations among almost 200 nations in Germany about details of the 2015 Paris Agreement climate accord, are a setback to a global goal of curbing emissions to avert more downpours, heat waves, and rising sea levels.

"The plateau of last year was not peak emissions after all," the Global Carbon Project, a group of 76 scientists in 15 countries, wrote of the findings.

Carbon dioxide emissions from fossil fuels and industry, the bulk of man-made greenhouse gases, were on track to gain 2 percent in 2017 from 2016 levels to a record high of about 37 billion tonnes, it said.

"Global CO2 emissions appear to be going up strongly once again ... This is very disappointing," said lead researcher Corinne Le Quere, director of the Tyndall Centre for Climate Change Research at the University of East Anglia in Britain.

Glen Peters, another leader of the study at the CICERO Center for International Climate Research in Oslo, said China's emissions were set to rise 3.5 percent, driven by more coal demand amid stronger economic growth.

China, the top greenhouse gas emitter ahead of the United States, accounts for almost 30 percent of world emissions.

U.S. emissions were set to decline by 0.4 percent in 2017, a smaller fall than in recent years, also reflecting more burning of coal.

Coal's gains were linked to a rise in the price of natural gas that made coal more attractive in power plants, Peters told Reuters, rather than the effects of US President Donald Trump's pro-coal policies.

Trump plans to pull out of the Paris Agreement.

Worldwide "we are probably in the level-to-upwards direction for emissions in the next years rather than level or downwards," Peters said, because of stronger global gross domestic product (GDP) growth.

Richard Black, director of the Energy and Climate Intelligence Unit think-tank who was not involved in the study, said carbon emissions per unit of GDP were falling.

This year "might well prove a small blip on an otherwise flattening emissions curve," he said.