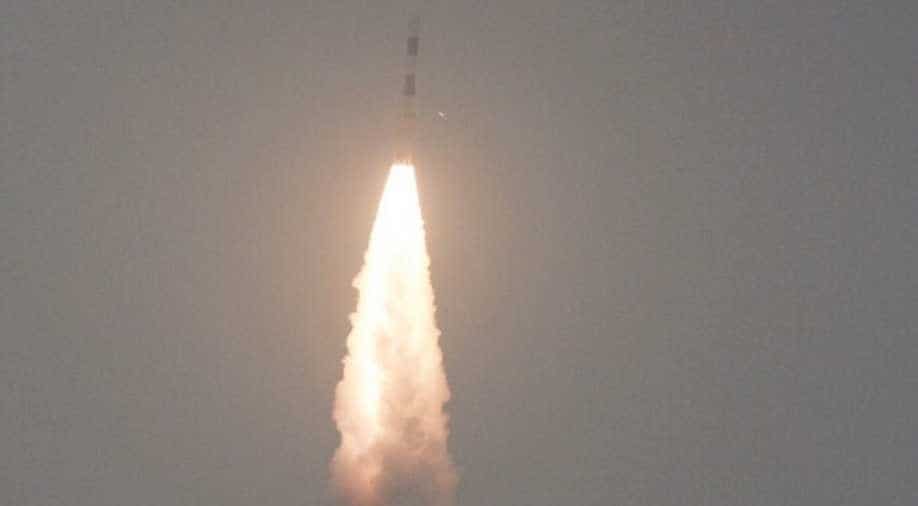 WION spoke to ISRO veterans to understand the arduous journey, the work culture that led to the success of the PSLV

ISRO’s most-reliable workhorse, the Polar Satellite Launch Vehicle (PSLV) is gearing up to lift-off for its 50th time from the Satish Dhawan Space Centre in Sriharikota, with the launch scheduled for 3:25 pm on Wednesday. PSLV is the third generation launch vehicle of India. It is the first Indian launch vehicle to be equipped with liquid stages.

The rocket’s primary payload will be an Indian Radar imaging earth observation satellite (RISAT-2BR1) weighing about 628 kg, which will be placed into a 576 km orbit. ISRO states that the RISAT -2BR1 would be used for agriculture, forestry and disaster management.

As a part of a commercial agreement, ISRO will also be launching nine foreign satellites as co-passengers of the Indian satellite. The customer satellites include six American satellites, besides one each from Israel, Italy, and Japan.

Besides being the 50th launch of the PSLV, wednesday’s launch would mark several milestones for the ISRO - the second flight of PSLV in 'QL' configuration (with four strap-on motors). This will be the 75th launch vehicle mission from SDSC SHAR, Sriharikota and 37th launch from the First Launchpad.

It is considered the most reliable launch vehicle of ISRO as it has flown 47 of its 49 missions successfully. The only failures of missions involving the PSLV rocket occurred in 1993 (first launch) and 2017 (41st launch). In its maiden mission, there was a software error in an on-board guidance and control processor, while the 2017 failure was caused as the heat shield (the bulbous top portion that holds the satellite) had failed to separate, thus preventing the satellite from being placed in orbit.

Ahead of the milestone launch, WION spoke to ISRO veterans to understand the arduous journey, the work culture that led to the success of the PSLV and how they feel ahead of the 50th Launch: 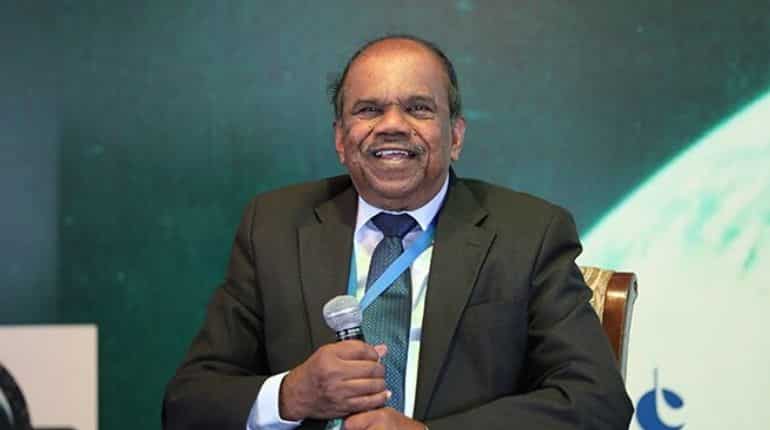 WION: Kindly tell us about what led to the planning and development of PSLV and the evolution it underwent.

Pillai: It was after the successful launch of SLV-3E2, India’s first experimental satellite launch vehicle in July 1980 that three groups were formed and PSLV was formed as one study group, with Dr Srinivasan as the head.  When we had shared the configuration with Satish Dhawan, he was unhappy with it and wanted out to be more reliable. He had envisioned that the PSLV would become the workhorse rocket and later we could go for the GSLV with a cryogenic engine. Initially, the rocket was 400 ton and with big strap-on motors, but as he was apprehensive of strap-on, a new configuration was evolved without strap-ons and with increased reliability. Then we decided to use high-strength maraging steel that was available in the USA and Japan. We decided to develop the material and DRDO developed it and transferred the technology to Midhra Dhatu Nigam (MIDHANI) for production. This ensured that the weight of the rocket was reduced from 400 odd tons to 175 tons. It was in 1982 that the PLSV project was approved and its development began, our first flight in 1993 was not successful, but thereafter the PSLV started its successful run. 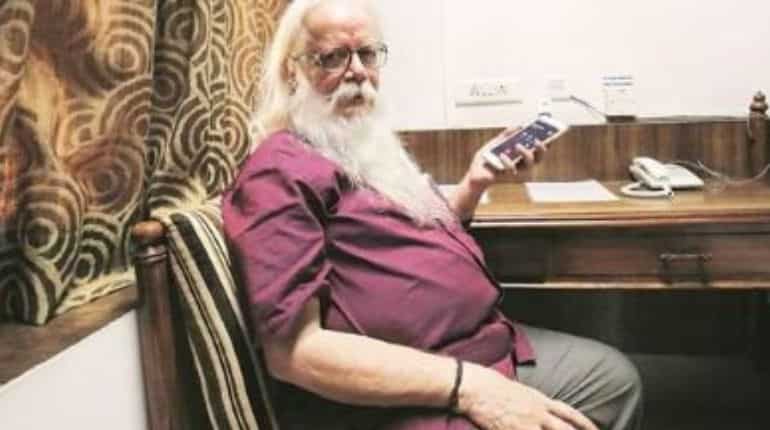 WION: How does it feel ahead of the 50th PSLV launch?

Narayanan: Actually I am very happy, it is much more than that, I feel really elated. The credit goes to the team of engineers who have worked day and night. But many members of our team are not with us anymore and it's sad that they are not here to see it.

WION: What’s the secret behind the PSLV and its above 95% success rate?

Narayanan: The PSLV rocket and its Vikas Engine have built-in reliability and that is one reason it has worked flawlessly. We jointly developed the liquid-engine Vikas with France (the French call it Viking -3), but we made a better system than they themselves made.

Narayanan: A liquid engine can be stopped and restarted during tests and flights(ensuring better fuel efficiency), whereas a solid engine can’t be stopped after being ignited. Liquid propellant engines can be tweaked and upgraded for different uses. A liquid engine can control the flight of the rocket using gimbaling, whereas a solid engine requires external control systems which incur more cost and additional weight.  There was always a competition between the teams working on solid and liquid propulsion. Solid took the lead as all our systems were using solid fuels, liquid systems never existed and many felt it was difficult or impossible.  PSLV configurations were discussed without the liquid engine and it was meant to be all solid. However, with the solid engine the required payload couldn’t be achieved during the tests. Finally, the then director of VSSC Dr Brahm Prakash told Dr Satish Dhawan - “Satish this won’t work without liquid, we need a liquid system whether we like it or not”.

WION: While the French named their Engine Viking, what made us select ‘Vikas’?

Narayanan: Vikas means development in Sanskrit, but I had seen another adapted anagram in the name. For me, Vikas stood for Vikram A Sarabhai, the father of the Indian Space Programme. He was my Guru and leader and we won’t have another leader like him. from the very first flight till date, it is the very same Vikas engine that powers the second stage of the PSLV. 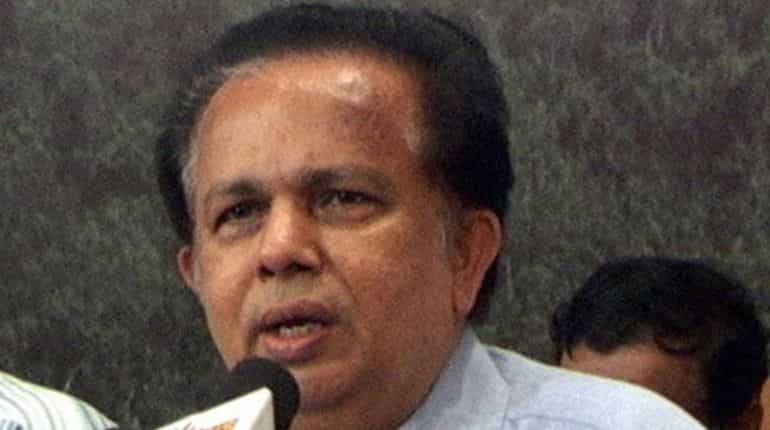 WION: How do you see the significance of PSLV in our Space programme?

Nair: PSLV is the workhorse launcher it has been performing consistently well, we are proud that we are having the 50th launch. PSLV has ushered the new era of large rocket systems in India. It is a result of a decade-long toil of over 3000 scientists and engineers who had worked in the mid-80s. International customers come to us for the low cost and high reliability of our vehicle (which is better than the global standard). Only the French Ariane Rocket is comparable with ours in terms of reliability. We are proud that India has got such a possession

WION: You were the Project Director of the PSLV during its maiden launch. Kindly share your memories

Nair: Dr Srinivsasn was the chief designer of this rocket, sadly he didn’t live to see the launch. He handed over the reins to me, I am proud that I could complete it and give it to the country. During our first launch in 1993, we had a snag and the mission failed, but we were successful within one year. We had the benefit of experience gained from other launch vehicles and our entire technology was homegrown without own Liquid Engine - Vikas. Even the more powerful launcher GSLV uses several modules that we developed at that time.

WION: Please Tell us about the organisational culture of ISRO and how various domain experts work together?

Nair: ISRO has tremendous strength in terms of multi-disciplinary teams working together and we maintain the culture established by our founder Vikram Sarabhai where freedom is granted and people are encouraged to come up with new ideas. Dr Abdul Kalam brought people together from various fields in science and technology and integrated the efforts. Most organizations don’t succeed as teams from different disciplines can’t work together. 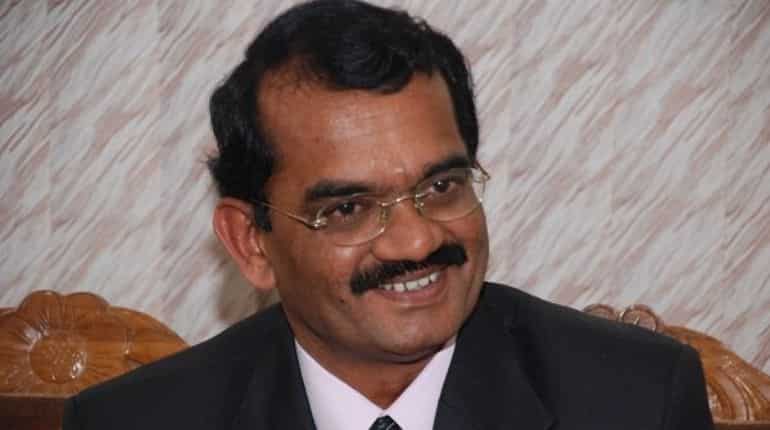 WION: Kindly tell us about the PSLV’s versatility as a launcher

Annadurai: By definition, the PSLV is a polar satellite launch vehicle meant to launch into Low Earth Orbit(below 2000km), but due to the confidence in its configuration it has been configured to put heavier payloads into orbit. In Chandrayaan 1 we used the PSLV to carry the probe to Geosynchronous Transfer orbit (above 35000km). Likewise, for the Mars Orbiter Mission, we launched the probe into the Highly elliptical earth orbit. We use the PSLV in various configurations including the core-alone configuration and with either two, four or six strap-on boosters for heavier payloads. So depending on the payloads, we are able to customize the launcher. We have mastered the technology of launching multiple small satellites using the PSLV and hold the record for 104 satellites in a single launch. We can also launch different satellites into different orbits using a single rocket. Depending on the mission requirements engine re-starts can be done.  PSLV is the one that gave us a face for commercial launches and by meeting the requirements completely it gives confidence to the customers. This makes it a unique launch vehicle when you compare in the world in this class (carrying payloads from 600kg-1.7 tons)