Winter storm kills one, knocks out power to 310,000 in US Southeast 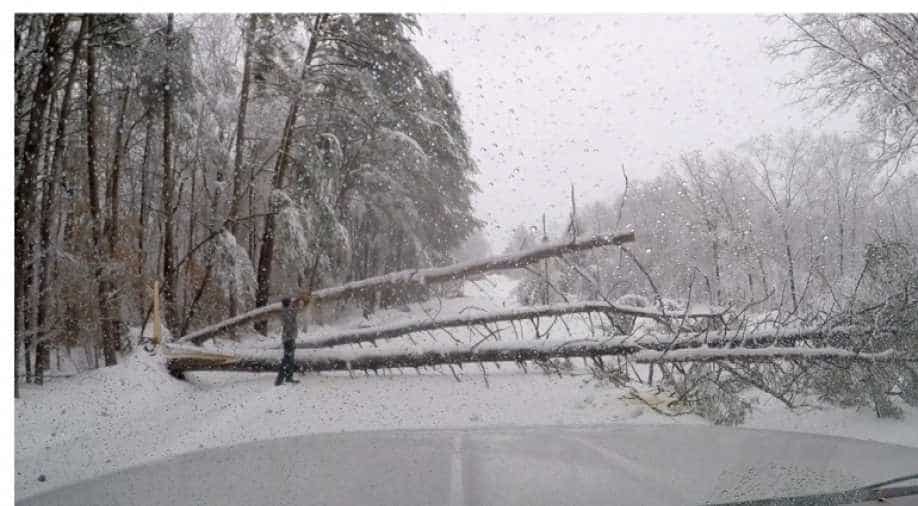 A powerful winter storm that struck the US Southeast over the weekend killed at least one motorist, left more than 310,000 customers without power and forced the cancellation of hundreds of flights on Sunday.

A winter storm warning remained in effect for most of North Carolina, Virginia and southern West Virginia as at least an additional 2 inches (5 cm) of snow and sleet were expected to fall overnight and into Monday after more than a foot (30 cm) of snow fell over the weekend.

Divers searched for a driver whose 18-wheeler was found in a river in Kinston, North Carolina on Sunday morning, an NBC affiliate in Raleigh reported. WRAL-TV also reported that a driver was killed outside of Charlotte when a tree fell on a car.

More than 310,000 customers were without power in the Carolinas, Tennessee and Virginia on Sunday evening, Poweroutage.us reported.

The storm prompted more than 1,000 flight cancellations at Charlotte/Douglas International Airport, the sixth-busiest airport in the country, and other airports across the region, according to flight-tracking website FlightAware.

North Carolina Governor Roy Cooper said on Sunday that the state of emergency would remain in effect and that the North Carolina National Guard had been activated to help with the response.

The effects of the storm could last for days in the state, officials warned.

In North Raleigh, residents woke up to several inches of snow that blanketed roads, cars and homes. Many people took to Twitter to share photos of the unusually harsh weather, and the hashtag #Snowmageddon2018 was trending on Twitter on Sunday morning.

In South Carolina, the snow gave way to sleet and rain as temperatures hovered around freezing, the South Carolina Emergency Management Division said on Twitter.

The storm formed earlier this week off the Texas coast and moved east, lashing parts of Arkansas and Tennessee with icy rain.