Why Britain cannot run away from flames of racism it once sowed? 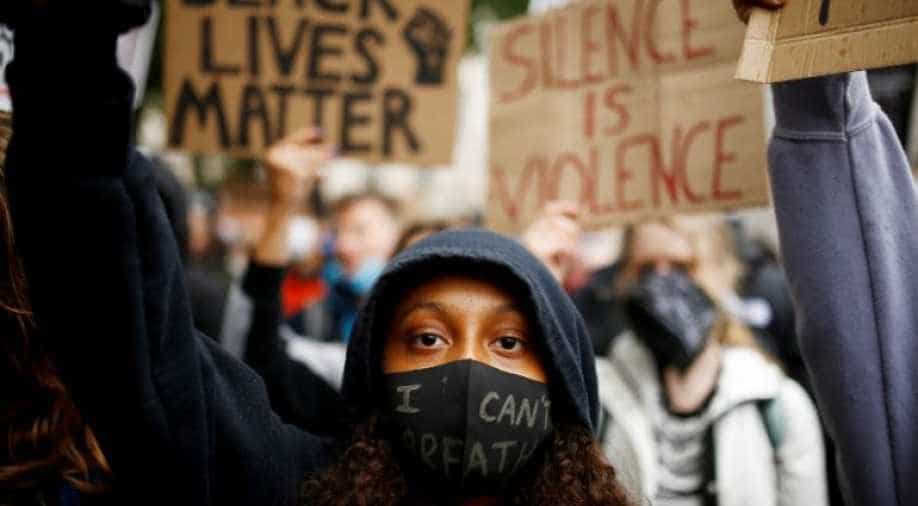 From London to Bristol, Manchester to Nottingham, everybody in the chorus is saying 'enough is enough'

In 1619, Britain sent its first batch of black slaves to America, and now after a little over 400 years, George Floyd was killed in Minneapolis, US.

This was not the first black national who lost his life in the US because of police brutality, but his killing has triggered a mass movement against racism.

Also read | What will happen to the 120-year-old statue toppled by Black Lives Matter protesters in UK?

The protests extended beyond American shores and reached the United Kingdom.

From London to Bristol, Manchester to Nottingham, everybody in the chorus is saying "enough is enough".

The Black Lives Matter campaign gathered thousands in London, where some protesters also clashed with police. Eight policemen were injured and 12 people got arrested.

People also protested outside the US Embassy, where they demanded justice for Floyd, with some even chanting 'the UK is not innocent'.

This argument is not wrong as at least 70 per cent ethnic minority workers in the UK say that they have encountered harassment at work, according to a survey on racism at workplace.

As many as 60% say that they have been treated unfairly by their employers.

The UK's situation on racism is no great, on the contrary, worse.

In Westminster, thousands have been protesting against Britain's colonial legacy and on Sunday the protesters defaced the memorial of UK's wartime prime minister Winston Churchill.

Activists surrounded the monument and chanted: 'Churchill was a racist' and sprayed these remarks below Churchill's statue.

Dispersal orders were issued in the city after protesters threw bottles at police officers and by Sunday evening cops in riot gear took position across Westminster.

Demonstrators brought down a statue of 17th-century slave trader Edward Colston in Bristol. People celebrated by cheering and kneeling on the statue. The statue was rolled through the streets before it found its way in the water.

UK Prime Minister Boris Johnson said that people have the right to protest peacefully but those responsible for violence will be held accountable.

The moral of the story is you reap what you sow.

Britain is currently engulfed in the flames of racism, centuries after it set the fire of xenophobia.