'We have Russian hit-list of 47 people', Ukraine tells allies 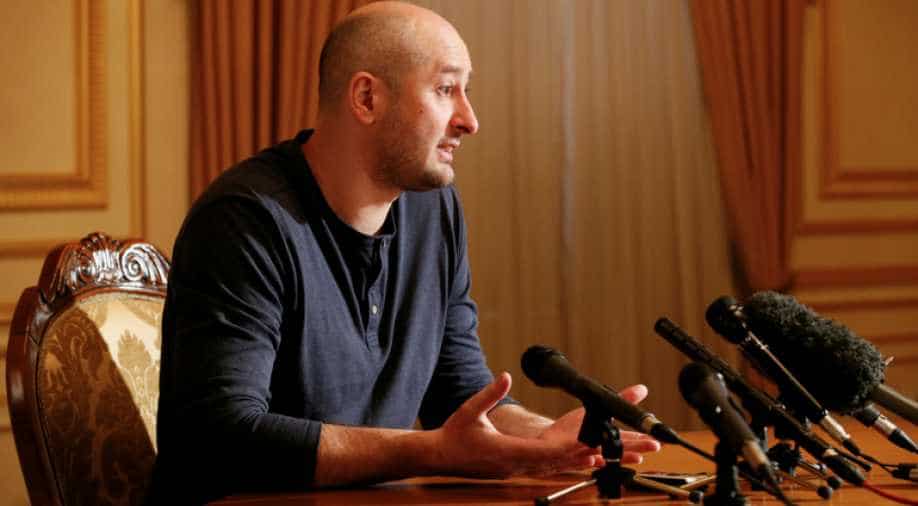 Ukraine, seeking to reassure its Western allies after faking the murder of a Russian dissident to thwart what it said was a plot on his life, told them on Friday its ruse led to the discovery of a hit-list of 47 people whom Russia planned to kill abroad.

The Kiev authorities drew both praise and consternation this week for staging the fake shooting of Arkady Babchenko, an exiled journalist, which they said was necessary to protect him and dozens of others who were targeted in a genuine Russian plot.

Russia has poured scorn on Ukraine's allegations while some organizations and commentators criticized Kiev for the kind of trickery which Ukraine routinely accuses Russia of using.

Ukraine's credibility matters as it counts on Western financial support and sanctions on Moscow in its standoff with Russia over the annexation of Crimea in 2014 and a Russian-backed separatist conflict in which more than 10,000 people have been killed.

General Prosecutor Yuriy Lutsenko, one of the few Ukrainian officials who knew about the ruse in advance, briefed the ambassadors of the United States, the European Union and other countries.

In a statement after the meeting, Lutsenko said faking the murder was necessary because it allowed Ukrainian investigators to obtain more information about the list of people targeted and about who had ordered the murder.

As a result, “the investigation received a list of 47 (!) people who could be the next victims of terrorists,” he wrote on Facebook.

He did not provide any names but said the list included prominent Ukrainian and Russian journalists.

The 47 number is higher than the 30 people, including Babchenko, whom Ukraine originally believed were targets.

The investigation also gleaned important evidence linking the plot to Russian intelligence services, which would be divulged later, Lutsenko said.

Ukrainian officials reported on Tuesday that Babchenko, a Kremlin critic, had been gunned down in his apartment building in Kiev. Lurid pictures of him lying in a pool of blood were published, and officials suggested Russia was behind the killing, something Moscow flatly denied.

A day later, Babchenko appeared in public alive, and Ukrainian state security officials admitted they had faked his death to foil and expose what they described as a Russian plot to assassinate him.

That drew criticism from media and commentators abroad who questioned whether the ruse and the false outpouring of grief and finger-pointing at Russia it provoked had undermined credibility in Kiev and handing the Kremlin a propaganda gift.

One senior EU country diplomat who attended Friday’s meeting said Lutsenko had given a convincing explanation to justify the means Ukraine had employed.

“I’m happy, others are happier than before. I’d say it was the right thing to,” the diplomat told Reuters, adding that Lutsenko did “acknowledge that the media reaction came as a surprise and that side should have been handled better.”

Separately two television presenters based in Ukraine, one Russian and one Ukrainian, disclosed publicly that the Ukrainian authorities had shown them evidence of being on Russia’s hit list and were now living under state protection.

A senior European Union official involved in Ukraine said the staged murder could undermine trust in Kiev if the government did not come forward quickly with evidence of what they claimed and the plot’s links to Russia.

A marker will be the July 9 EU-Ukraine summit in Brussels, where President Petro Poroshenko will need to show proof, if not before, the official said.

“What if they fail to provide evidence? It all depends on how well they follow up,” the official said.