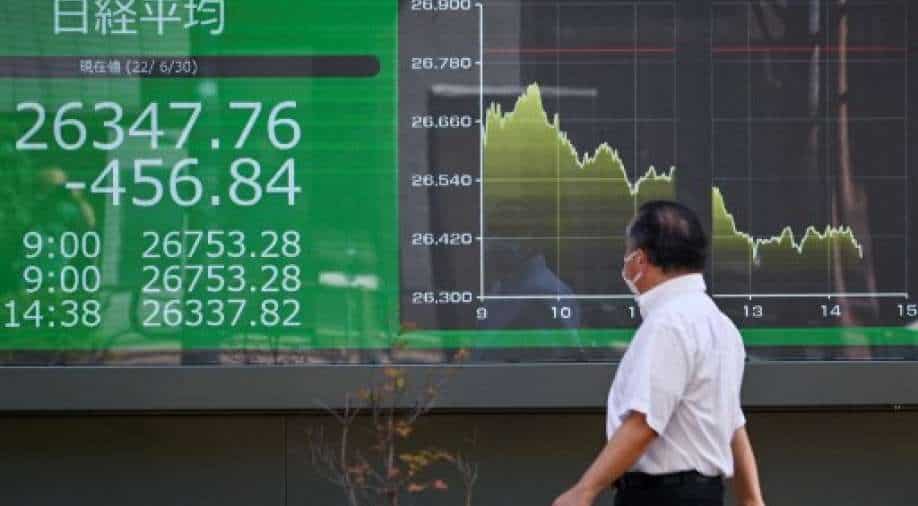 Two weeks ago, the central bank enacted a supersized three-quarter of a point interest rate hike, the biggest increase in nearly 30 years.

Wall Street stocks fell on Thursday, finishing solidly lower after US data showed persistently high inflation pinching consumer spending. The broad-based S&P 500 finished at 3,785.38, down 0.9 per cent for the day and a loss of more than 16 per cent for the last six months, the worst first half of a year since 1970.

The Dow Jones Industrial Average shed 0.8 per cent to 30,775.43, while the tech-rich Nasdaq Composite Index tumbled 1.3 per cent to 11,028.74. The market has fallen most of the year, breaking the trend only in late March and for other brief stretches in a reasonably steady retreat.

A series of bad inflation readings have prompted the Federal Reserve to undertake increasingly aggressive measures to try to rein in growth and pricing pressures. Two weeks ago, the central bank enacted a supersized three-quarter of a point interest rate hike, the biggest increase in nearly 30 years. Markets are weighing whether to expect the same thing in July.

Commerce Department data showed spending rose just 0.2 per cent in May, less than half the increase in April and part of a steady downward drift as consumers pull back amid surging prices. The report also showed that the price index rose 6.3 per cent compared to May 2021, the same annual pace as in the prior month -- a positive sign in the Federal Reserve's battle against inflation.

But when inflation is taken into account, the data show a decline in real consumer spending.

As reported by AFP, Tom Cahill of Ventura Wealth Management said, "Inflation came in a little bit better than expected today but probably not good enough to prevent the Federal Reserve to raise interest rates 75 basis points at the next meeting."

"At the same time we had the personal spending coming in negative for the month in real terms," Cahill said. "People are starting to get the sense that perhaps the Federal Reserve is going to push the economy into recession," he added.