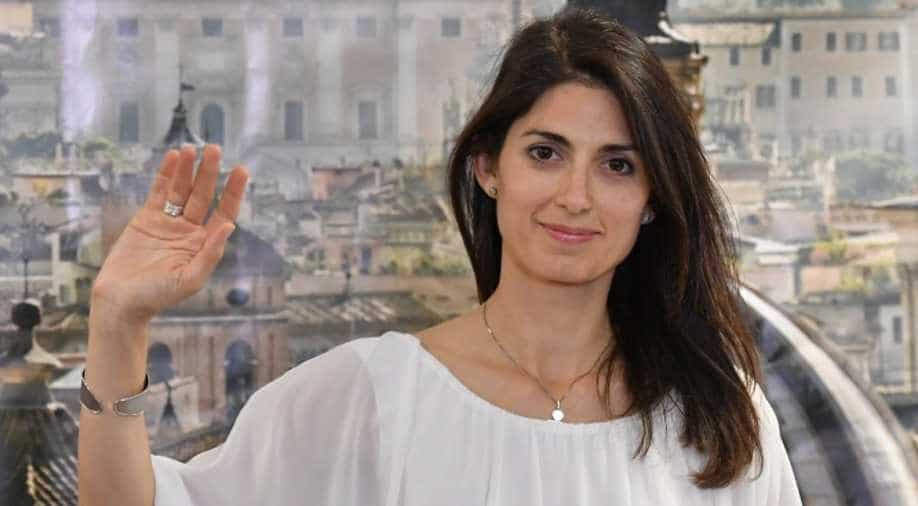 One of her biggest challenges will be convincing the city she can act independently, despite signing a contract with the political party M5S in which she pledged to toe the party line and consult it on all major administrative decisions. Photograph:( AFP )

After two and a half millennia of being ruled by men, Rome will wake up on Monday under new management.

Virginia Raggi was elected on Sunday as the Italian capital's first female mayor, sweeping into city hall on the ticket of the populist Five Star movement (M5S) with the backing of two thirds of voters.

A Roman born and bred, the 37-year-old lawyer is a political novice but the campaign saw her grow increasingly assured in her public performances as it became clear she was on course for victory.

According to her website, mountain hikes, swimming and skiing are among the favourite pastimes of the Dire Straits fan who won plaudits during the campaign for her effortless elegance in the style-conscious Eternal City.

Raggi only entered politics five years ago, drawn in by her husband's support for M5S founder Beppe Grillo's declaration of war on the establishment and traditional political parties.

The movement's anti-corruption theme struck a chord in Rome, where the centre-left mayor was forced to resign last year over an expenses scandal only months after it emerged the city had been haemorrhaging cash to organised crime.

In a narrative she exploited relentlessly on the campaign trail, Raggi told AFP it was the birth of her son Matteo that convinced her she had to do something about the dilapidated city, once the capital of an empire, now plagued by potholes and rubbish.

Elected to the city council in 2013, Raggi, a specialist in intellectual property, was quickly noticed for her eloquence and stubbornness.

Growing up in the Saint John Lateran area of Rome, close to the Colosseum and historic centre, she was a studious child and a stubborn one, by her own account.

"I was a curious young girl, interested in many things, but very focused, as I am today. Determination never failed me," she said.

M5S held its primary for mayoral candidates online, and Raggi was quickly picked as a frontrunner thanks to a slick video presentation.

It wasn't long before her dark eyes and chiselled features were staring out from posters in underground stations and on the side of the late-arriving buses that helped to put her in power.

Public transport was one of the key issues Raggi's campaign focused on as she vowed to undo 20 years of stagnation, corruption and administrative mismanagement.

Critics have said the challenges of running Rome will be too much for a political ingenue and that the party will pay a price for getting its hands dirty in the day-to-day grind of running a near-bankrupt sprawling metropolis.

Raggi can however count on a honeymoon period and a new role as the poster girl of a movement looking to shore up its identity after founder Grillo decided to take a step back from politics and focus on his stand-up comedy.

Rome's hard-to-please citizens appear to have embraced University of Rome graduate, admiring how Raggi, narrowing her eyes in a television debate between the candidates, bore the attacks of opponents without flinching.

At the end of the feisty exchanges she softened her tone and appealed to voters with a simple message: "If you want nothing to change, vote for them".

One of her biggest challenges will be convincing the city she can act independently, despite signing a contract with M5S in which she pledged to toe the party line and consult it on all major administrative decisions.

"Four or six eyes are better than two" she said in defence of that arrangement, while insisting she will be very much her own woman.
(AFP)