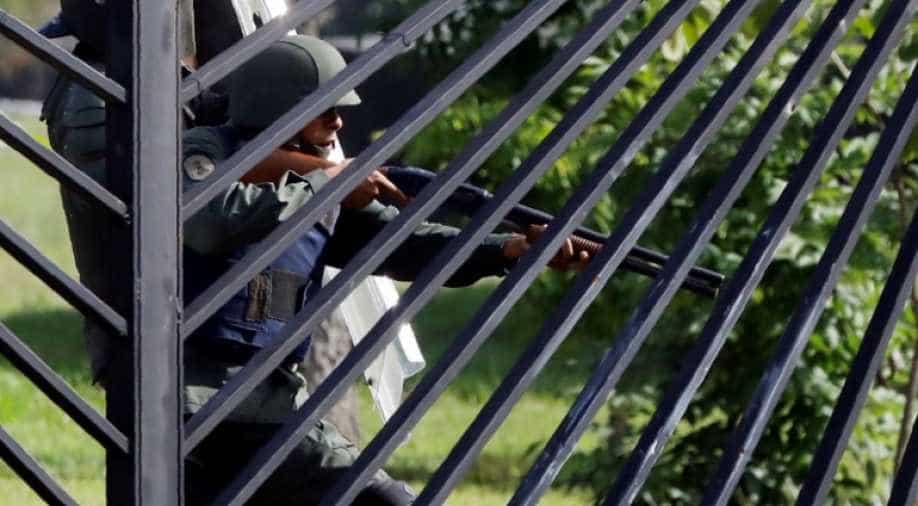 Northwestern Caracas in Venezuela has been witnessing heavy gunfire, forcing some residents to flee homes. In the crime-stricken city, the authorities are try to push back on what analysts describe as a gang's effort to expand its territory. At least 26 people have died and 38 are injured

In this week's clashes between police and a gang in northwestern Caracas, at least 26 people have died and 38 are injured, Venezuelan Interior Minister Carmen Melendez said on Saturday. The victims include four officers.

This count has come up as the area has been witnessing heavy gunfire, which has forced some capital residents to flee homes along with traffic snarls in several neighbourhoods.

In the crime-stricken city, the authorities try to push back on what analysts describe as a gang's effort to expand its territory beyond the Cota 905 barrio.

Minister said 10 officers were injured in the clashes and 22 'criminals' died. Around 28 'civilians', a reference to residents not suspected to be gang members, were injured and that some civilians died, though she did not specify how many and did not provide further details.

Human rights activists said this week that four people were killed by stray bullets during the clashes. Activists and the political opposition have for years accused President Nicolas Maduro's government of disregarding and covering up civilian casualties in anti-crime raids.

They have also criticised pacts the socialist government signed with some gangs to create no-go areas for police in certain neighborhoods in a bid to lower violence, arguing the so-called 'peace zones' allowed gangs to consolidate power and resources.

"While civilians and police were murdered, western Caracas lived in fear for two days, and Venezuelans are fleeing the conflict, the dictatorship put on a show," said opposition leader Juan Guaido.

Vice President Delcy Rodriguez, speaking alongside Melendez on state television, alleged the gang that controls Cota 905 was linked to some opposition politicians, without providing evidence. She added that three alleged members of 'Colombian paramilitary' groups were detained in connection to the raids.