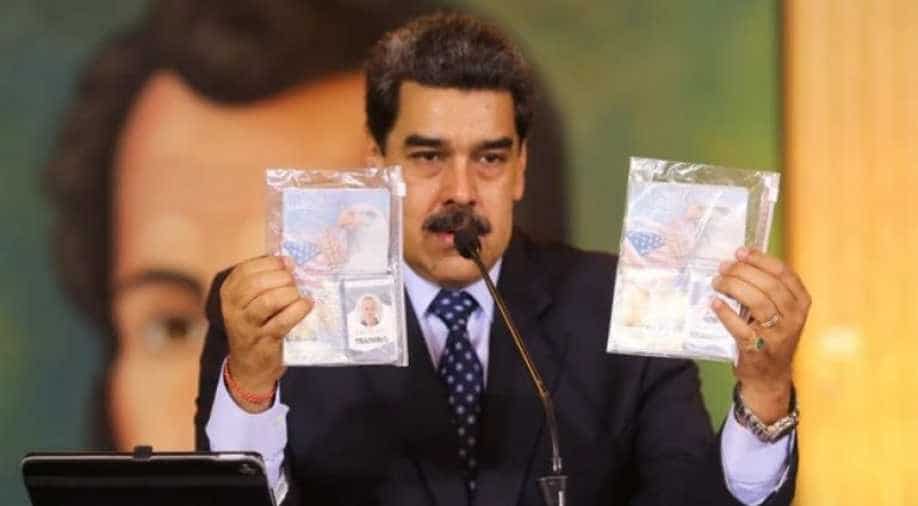 Luke Denman and Airan Berry have been accused of leading a failed incursion aimed at capturing Venezuela's President Nicolas Maduro.

Venezuela has charged two former US soldiers with terrorism and conspiracy over an alleged coup attempt earlier this week.

Luke Denman and Airan Berry have been accused of leading a failed incursion aimed at capturing Venezuela's President Nicolas Maduro. The US Army has confirmed that both men were former members of the green berets. If found guilty, they could be sent to prison for up to 30 years.

Three charges have been levelled against the two men -- Terrorism, conspiracy and illicit trafficking of weapons. Venezuela has also requested an international arrest warrant for the top boss of silvercorp, a private security firm behind the attack. Silvercorp's chief Jordan Goudreau has admitted to planning the coup attempt at the behest of Venezuela's opposition leader Juan Gaido.

Gaido on his part has denied any involvement in the operation. Maduro claims the attack was a joint conspiracy by the US government and Juan Gaido who is recognised by Washington as the legitimate president of Venezuela.

Donald Trump has flat-out rejected these charges and that too in typical Trump fashion. The president said that if he wanted to attack Venezuela, he wouldn't make a secret of it. Instead of sending a small group of men, Trump said he would have sent the US army for a proper invasion.