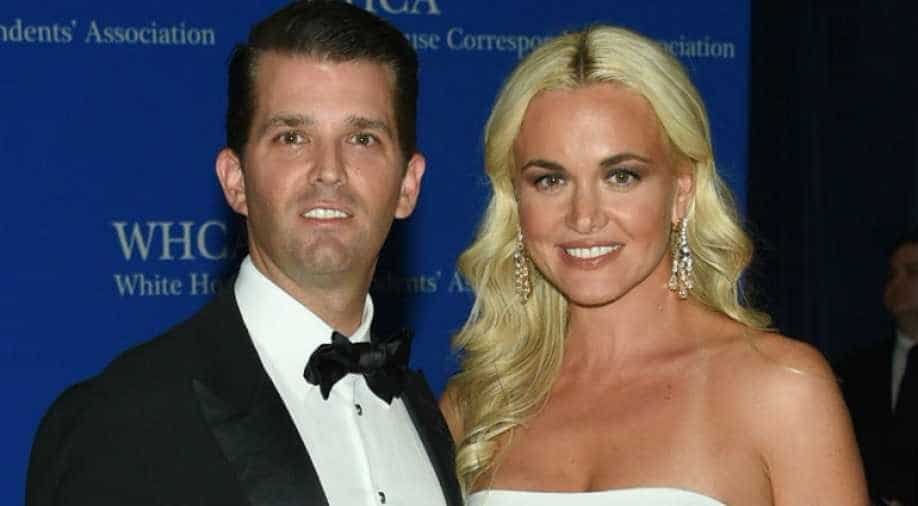 File photo of Donald Trump Jr and his wife Vanessa. Photograph:( Others )

Donald Trump Jr's wife Vanessa has filed for a divorce. The couple who have been married since 2005, have 5 children together.

The reasons for the divorce filed on Thursday in Manhattan Supreme Court were not clear but the divorce was listed as "uncontested," indicating the split was amicable.

Trump Jr., 40, runs his father US President Donald Trump's business with his brother, Eric and has been travelling extensively for work.

The couple issued a joint statement announcing their divorce.

"“After 12 years of marriage, we have decided to go our separate ways. We will always have tremendous respect for each other and our families. We have five beautiful children together and they remain our top priority. We ask for your privacy during this time," the statement read.

In a 2006 interview with the International Herald Tribune, Vanessa shared how she met her husband. Donald Trump himself had walked up to Vanessa at a fashion show and introduced his son.

"I'm at this fashion show," Vanessa said, recalling the 2003 encounter. "Donald Trump comes up to me with his son: 'Hi, I'm Donald Trump. I wanted to introduce you to my son Donald Trump Jr.'"

Trump Jr is the US President's son from first wife Ivana. Currently married to Melania Trump, Donald Trump has had two divorces before.