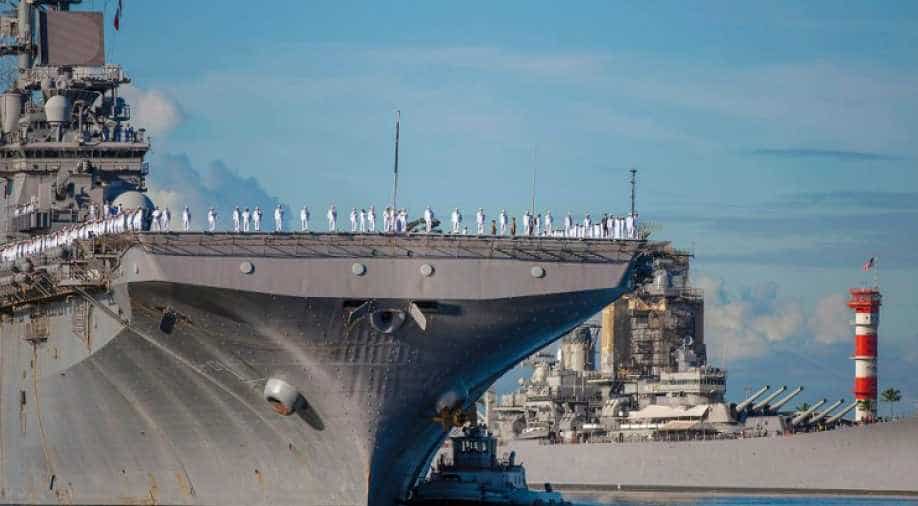 Even as South and North Korea talk peace, US military on Sunday sent the amphibious assault ship USS Wasp to join the 7th Fleet operations, close to Japan.

US warships have been conducting joint drills with the South Korean and Japanese Navy for the past several months even as Kim's regime fired rockets and ballistic missiles over the Korean peninsula.

The USS Wasp was supposed to join the 7th Fleet in August last year but was diverted to assist in relief efforts in the aftermath of the Hurricane Irma which hit the US Virgin Islands and Dominica. It was then sent around to Puerto Rico due to Hurricane Maria.

The warship has taken part in operations in Iraq and Afghanistan. The ship can house over 1,000 soldiers and hosts jets to provide air support during attacks.