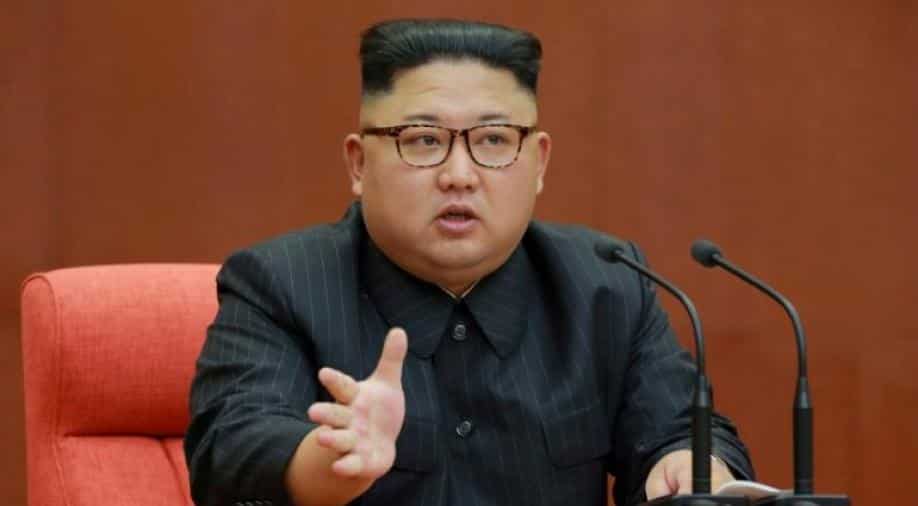 The rare advance announcement of a meeting with the young strongman came hours after North Korea raised the stakes in negotiations, saying it would not give up its nuclear weapons in exchange for a peace treaty.

US Secretary of State Mike Pompeo will pay a fresh visit to North Korea on Sunday and meet leader Kim Jong Un as the administration's hopes rise of a denuclearisation deal, the State Department said.

The rare advance announcement of a meeting with the young strongman came hours after North Korea raised the stakes in negotiations, saying it would not give up its nuclear weapons in exchange for a peace treaty.

Pompeo, who is trying to arrange a second summit between Kim and US President Donald Trump, will also head to US allies Japan and South Korea, as well as North Korea's chief ally China with which the United States is engaged in escalating trade and diplomatic disputes.

It will be the fourth trip by Pompeo to longtime US pariah North Korea as the Trump administration looks to end its nuclear and ballistic missile programs.

"I think it shows forward progress and momentum that the secretary is making his fourth trip in less than a year," State Department spokeswoman Heather Nauert told reporters.

"Everyone recognises that we have a ways to go and a lot of work that is left to be done," she said.

"But obviously these conversations are going in the right direction and we feel confident enough to hop on a plane to head there to continue the conversations."

Pompeo has already met twice with Kim, including once when he headed the CIA. But Pompeo did not meet Kim on his last visit in July, when the North Korean leader instead was photographed touring a potato farm.

Another visit by Pompeo was announced in August but was abruptly cancelled by Trump.

Trump 'in love' with Kim
Kim, who as leader has rarely travelled outside of North Korea, met in June in Singapore with Trump in the first-ever summit between the two countries that have never signed a formal treaty to end the 1950-53 Korean War.

On Saturday, Trump lavished praise on Kim -- considered by human rights groups to be one of the world's most repressive leaders -- and said they had fallen "in love" after an exchange of letters.

If the love is reciprocated, Kim is more reticent in his words.

His foreign minister, Ri Yong Ho, on Saturday told the United Nations General Assembly that there was a "deadlock" in the denuclearization talks as the United States "relies on coercive measure that are lethal to trust-building."

The official Korean Central News Agency on Tuesday said that a peace treaty "can never be a bargaining chip," calling an end to war "not just a gift from one man to another."

Nauert played down the remarks, saying: "Other countries sometimes will say things that are more colourful than the United States will, and that's just fine, too."

Trump paints rapprochement with North Korea as a signature foreign policy achievement, although critics question whether Kim would really give up nuclear weapons which his dynasty has defiantly pursued for decades.

Consulting allies and China
The United States has insisted on maintaining tight UN sanctions against North Korea during the diplomatic drive, while Beijing has said it is time to start easing sanctions.

The top US diplomat announced last week that he was ready to return to North Korea after meeting Ri, his counterpart, at the United Nations.

Pompeo will open his trip on Saturday in Tokyo, where he will meet Prime Minister Shinzo Abe, who has long championed a hard line on North Korea but recently said he was willing to meet Kim.

After the talks in Pyongyang, Pompeo will head later Sunday to Seoul, where he will meet President Moon Jae-in, a dove who has helped spearhead the reconciliation efforts with North Korea.

Nauert said Pompeo would head afterward to Beijing for meetings with unspecified officials.

Trump last week slapped $200 billion in tariffs on Chinese goods and has accused Beijing of interfering in the upcoming US election because of his hard line on trade.