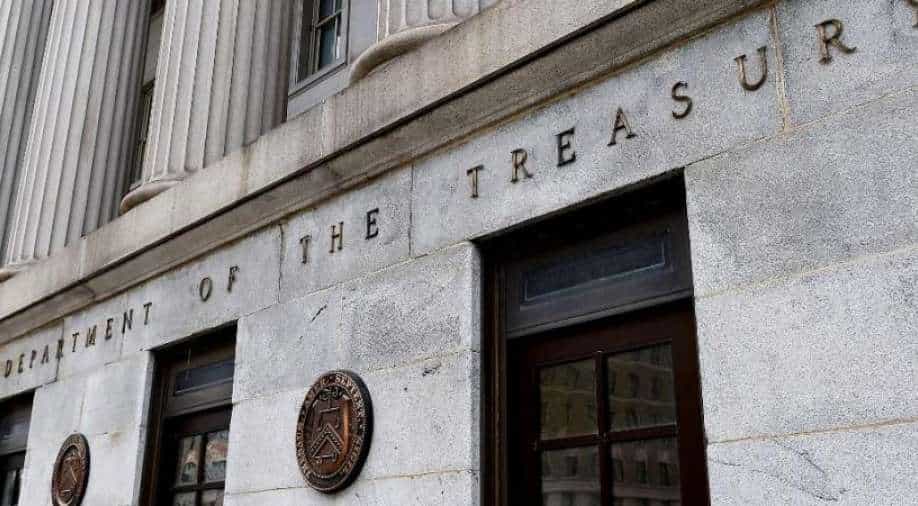 An exterior view of the building of US Department of the Treasury is seen in Washington, DC. Photograph:( AFP )

US has designated them each as a Specially Designated Global Terrorist (SDGT), according to the US Treasury Department’s website.

The United States has imposed counterterrorism sanctions through the Office of Foreign Assets Control (OFAC) on five individuals from Iraq, Morocco and Saudi Arabia, the US Department of the Treasury announced in a statement on Tuesday.

US has designated them each as a Specially Designated Global Terrorist (SDGT), according to the US Treasury Department’s website.

US media reported on Monday that US Secretary of State Mike Pompeo plans to use newly declassified US intelligence to publicly accuse Iran of ties to al Qaeda in a speech on Tuesday, two people familiar with the matter said, as part of his last-minute offensive against Tehran before handing over to the incoming Biden administration.