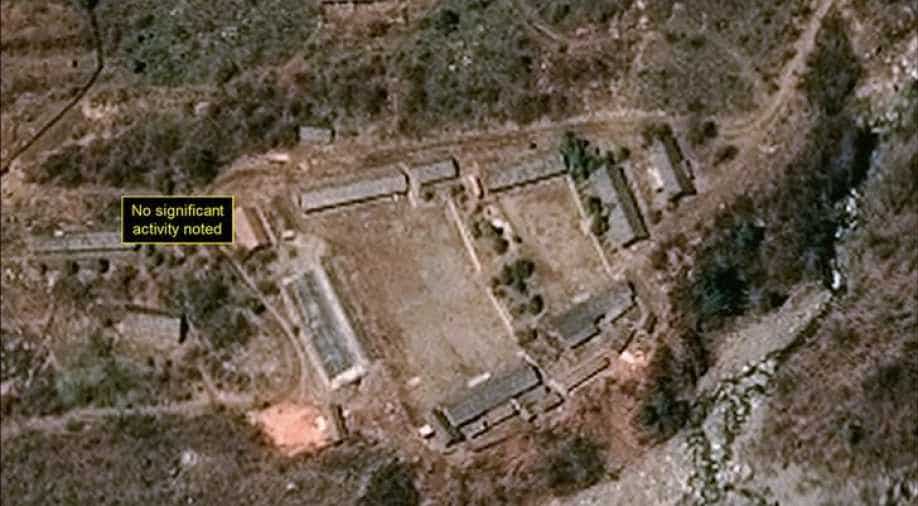 Follow Us
The United States on Wednesday declared North Korea a "primary money laundering concern," and moved to further block its ability to use the U.S. and world financial systems to fund its weapons programs.
The U.S. Treasury Department called for a prohibition on certain U.S. financial institutions opening or maintaining correspondent accounts, which are established to receive deposits from or make payments on behalf of a foreign institution, with North Korean financial institutions.
Crucially, Treasury also prohibited the use of third parties` U.S. correspondent accounts to process transactions for North Korean financial institutions.
The announcement came days after the latest failed missile launch by the isolated state. Tensions in the region have been high since January when North Korea conducted its fourth nuclear test and then followed that with a satellite launch and test launches of various missiles.
Those efforts have all fueled calls in Washington, and abroad, for a clampdown on Pyongyang.
U.S. law already generally prohibited U.S. financial institutions from engaging in transactions with North Korean institutions, but Treasury`s latest actions would impose additional controls, especially the prohibitions on the use of third-country banks` U.S. accounts to process transactions for North Korea.
"This is meaningful," said Victor Cha, Korea Chair at the Center for Strategic and International Studies in Washington. "This is designating the entire country, which means essentially that any entity that is interested in interacting with U.S. financial institutions should no longer have any business with North Korea."
"Most, if not all, entities, if faced with the choice of having access to the U.S. financial system or doing business with North Korea, are going to make the obvious choice," Cha added.
South Korea`s foreign ministry on Thursday welcomed the move, which it said in a statement would boost the effectiveness of existing sanctions on the North and have a broader impact than a 2005 U.S. Treasury measure that targeted a bank in the Chinese territory of Macau.
About $24 million of North Korean funds was frozen at Macau`s Banco Delta Asia (BDA) after the U.S. Treasury accused it of helping to channel earnings from the North`s illicit activities, leading to a frantic attempt by Pyongyang to retrieve the money.
The North has since developed tactics to skirt financial restrictions by resorting to informal means to transfer money, including the use of bulk cash hand-carried by officials.
Adam Szubin, acting under secretary for terrorism and financial intelligence, said Washington expected other governments and financial authorities to make similar moves to prevent Pyongyang from "abusing" global financial institutions to support its development of weapons of mass destruction and ballistic missiles.
"The regime is notoriously deceitful in its financial transactions in order to continue its illicit weapons programs and other destabilizing activities," Szubin said in a statement.
The Treasury was required to assess North Korea`s status as a money laundering jurisdiction under the "North Korea Sanctions and Policy Enhancement Act," passed nearly unanimously by the U.S. Congress in February.
A U.N. Security Council resolution in early March also required member states to sever correspondent banking relationships with North Korean financial institutions within 90 days.