US sounds caution against optimism by Iran, Russia over nuclear talks 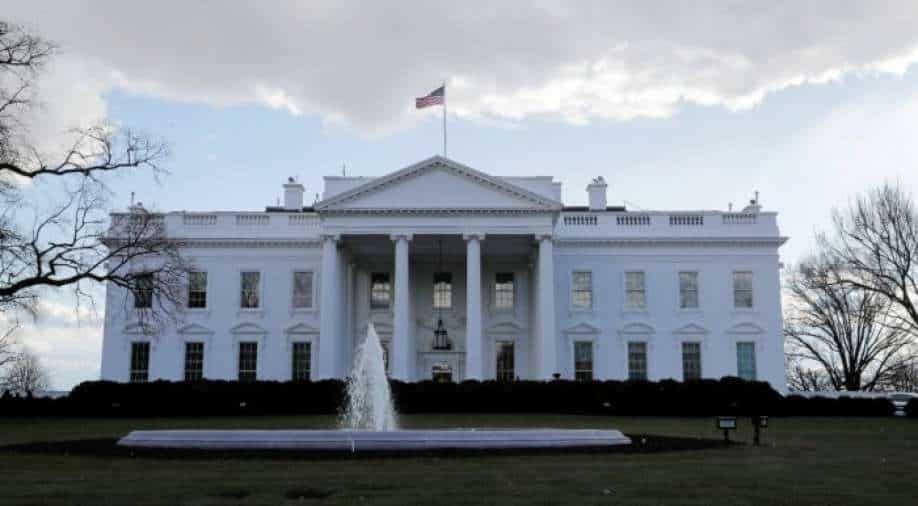 It would also speed up lawsuits over congressional subpoenas so that stonewalling by the executive branch cannot run out the clock on oversight efforts; require the Justice Department to give Congress logs of contacts with White House officials; and strengthen the Hatch Act, which prohibits federal employees from engaging in campaign politics at work. Photograph:( Reuters )

Speaking at a telephonic press briefing, State Department spokesperson Ned Price said there was some progress in the last round of talks but it was too soon to tell whether Tehran, in the current round, returned to the table to build on those gains.

The United States on Tuesday expressed caution over upbeat comments by Iran and Russia about talks in Vienna to salvage the 2015 Iran nuclear deal, saying it was still too soon to say if Tehran had returned to the negotiations with a constructive approach.

Iran and Russia both gave upbeat views on Tuesday about talks that kicked off this week to salvage Tehran`s 2015 nuclear deal with global powers, although Western nations have said the negotiations are going too slowly.

Iranian Foreign Minister Hossein Amirabdollahian said a deal was possible in the near future if other parties showed "good faith" while Russian envoy Mikhail Ulyanov said a working group was making "indisputable progress" in the eighth round of talks.

Speaking at a telephonic press briefing, State Department spokesperson Ned Price said there was some progress in the last round of talks but it was too soon to tell whether Tehran, in the current round, returned to the table to build on those gains.

"It`s really too soon to tell whether Iran has returned with a more constructive approach to this round," Price said. "We are now assessing, in the course of these talks, whether the Iranians came back with an agenda of new issues or preliminary solutions to the ones already presented," Price said.

The original agreement lifted sanctions against Tehran in exchange for restrictions on its atomic activities but Donald Trump pulled Washington out of the deal in 2018, a year after he became U.S president. Iran later breached many of the deal`s nuclear restrictions and kept pushing well beyond them.

The latest round of indirect talks between Iran and the United States resumed on Monday in Vienna, with Tehran focused on getting U.S. sanctions lifted again, as they were under the original bargain, despite scant progress on reining in its atomic activities.

Iran refuses to meet U.S. officials directly, meaning other parties to the deal besides the United States and Iran --- Russia, China, France, Britain, Germany and the European Union -- must shuttle between the two sides.

The seventh round of talks, the first under Iran`s new hardline President Ebrahim Raisi, ended 11 days ago after some new Iranian demands were added to a working text.

"The Vienna talks are headed in a good direction," Iranian Minister Amirabdollahian said in comments to reporters broadcast by state media. "We believe that if other parties continue the round of talks which just started with good faith, reaching a good agreement for all parties is possible."

The U.S. delegation, led by Special Envoy Rob Malley, will be in a better position in the coming days to determine whether Iran has to come to the latest round of talks with a `fundamentally different position," Price said.

Iran insists all U.S. sanctions must be lifted before steps are taken on the nuclear side, while Western negotiators say nuclear and sanctions steps must be balanced in the agreement, known as the Joint Comprehensive Plan of Action.

European negotiators also said some technical progress had been made in the last round of talks to accommodate Iranian requests, but warned that the parties only had weeks, not months, to salvage the deal.

France, Germany and the United Kingdom said in a statement on Tuesday that technical progress had been made in the last round and the parties now needed to fully focus on the key outstanding issues, particularly nuclear and sanctions.

They said while they were not setting an artificial deadline, there were weeks not months left to strike a deal.

"The negotiation is urgent - and our teams are here to work swiftly and in good faith towards getting a deal."

Ulyanov, the Russian envoy, said on Tuesday that a working group was making progress. "Sanctions lifting is being actively discussed in informal settings," he wrote on Twitter.

The 2015 deal extended the time Iran would need to obtain enough fissile material for a nuclear bomb - if it chose to - to at least a year from about two to three months. Most experts say that time is now less than before the deal, although Iran says it only wants to master nuclear technology for civil uses.

Israel says it will never allow Iran to get nuclear weapons and that all options are on the table. Israeli leaders have said that a nuclear Iran would pose an existential threat to Israel.