Workers began removing contested statues in Richmond on Wednesday after Mayor Levar Stoney used his emergency powers to order the 'the immediate removal of multiple monuments in the city, including Confederate statues.'

The mayor of Richmond, Virginia, has invoked his emergency powers to remove multiple Confederate monuments in the city, including a statue honoring Confederate General Thomas "Stonewall" Jackson, from the city's historic Monument Avenue.

Workers began removing contested statues in Richmond on Wednesday after Mayor Levar Stoney used his emergency powers to order the "the immediate removal of multiple monuments in the city, including Confederate statues," his office said in a statement.

The mayor's office said removing the statues "will expedite the healing process for the city, a former capital of the Confederacy constantly grappling with that legacy."

"Failing to remove the statues presents a severe, immediate and growing threat to public safety," it added.

"As the COVID-19 pandemic continues to surge, and protestors attempt to take down Confederate statues themselves, or confront others who are doing so, the risk grows for serious illness, injury, or death," the mayor said. "We have an urgent need to protect the public."

Work crews could be seen in televised footage beginning the removal of a statue of Thomas "Stonewall" Jackson, a Confederate general, on the Virginia city's Monument Avenue.

The removal of Confederate statues and monuments has been a persistent demand during recent protests for racial justice in the United States.

President Donald Trump has opposed their removal and the Department of Homeland Security announced a special new task force on Wednesday to protect historic monuments across the country.

Many monuments have come under attack, and some have been pulled down, in the past month as protestors against police abuse of African Americans target symbols of the country's legacy of slavery.

Families wait for news of survivors after Florida building collapse 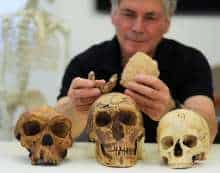