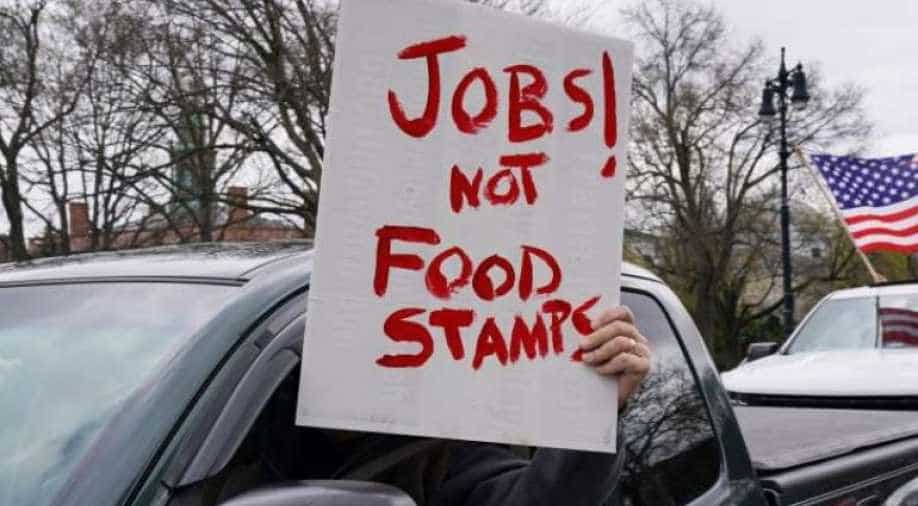 Americans run out of jobs Photograph:( Others )

The three million hires in May means that more than five million people are back at work of the 20 million who lost their jobs in March and April.

However, the hiring gain was more than a million short of what economists had expected.

A significant portion of the jobs were accounted for by small businesses of less than 50 workers, which added 937,000 jobs in the month, the data showed, while 961,000 were in leisure and hospitality -- a sector almost entirely shut down by the efforts to contain COVID-19.

Many businesses have been able to rehire workers with the help of the Paycheck Protection Program (PPP) and other aid provided under the massive CARES Act that provides trillions of dollars in support.

Shops and restaurants have reopened as many states have eased restrictions, but US cases have been surging in recent days, prompting states like Texas and Florida to roll back their reopening efforts.

"As the economy slowly continues to recover, we are seeing a significant rebound in industries that once experienced the greatest job losses," said Ahu Yildirmaz, vice president and co-head of the ADP Research Institute.

"In fact, 70 percent of the jobs added this month were in the leisure and hospitality, trade and construction industries."

The ADP data are closely watched as a preview of the government employment report for June, due out Thursday. The consensus forecast is for a gain of 3.5 million jobs and a slight drop in the unemployment rate from the current 13.3 percent.

Rubeela Farooqi of High Frequency Economics cautioned that even with the job gains, "The unemployment rate will likely remain high, signaling that conditions in the labor market remain weak with a renewed threat to activity and jobs from a resurgence in virus infections."