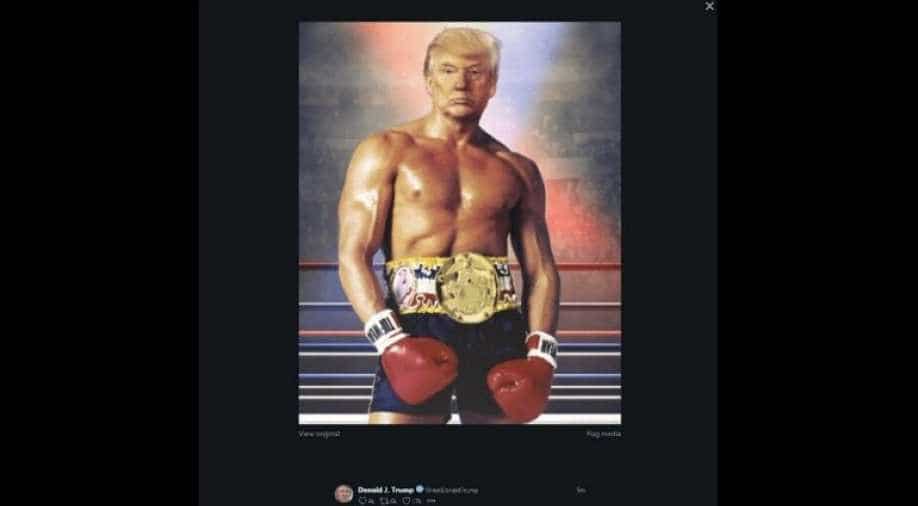 This image shows a screen grab of the Twitter account of US President Donald Trump (@realDonaldTrump), his face superimposed on a picture of Silvester Stallone Rocky III boxing movie, on November 27, 2019 shortly after he posted it. Photograph:( AFP )

Rocky Balboa is the iconic character from Sylvester Stallone's films of Rocky series.

The President of the United States Donald Trump has posted a picture of his head photoshopped on Rocky Balboa — the iconic character from Sylvester Stallone's Rocky series. Leaving twitter baffled, and the tweet viral.

The original image of this tweet is an advertisement for the 1982 film "Rocky III" starring Sylvester Stallone, who played Balboa in several films.

The tweeted photo of a hunky Trump drew instant and sustained mockery online, as well as retweets from the president's admirers, who enjoy the way he has brought showmanship into the White House.

"Now we know what they did to him at that mysterious doctor’s visit?" quipped NBC News anchor Andrea Mitchell over the faked Trump boxer.