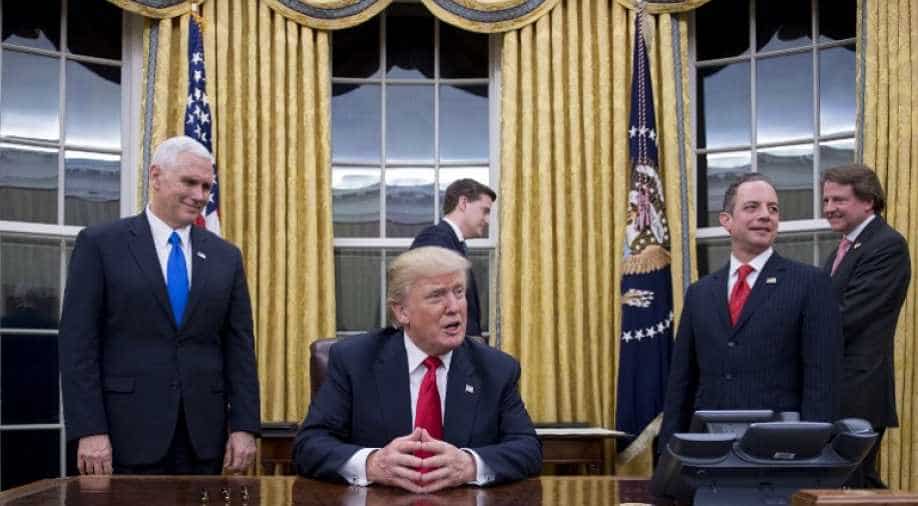 Donald Trump said the move was a 'great thing for the American worker'. Photograph:( AFP )

US President Donald Trump signed his first executive order on Friday to "ease the burden of Obamacare", the signature healthcare law introduced by Barack Obama which Trump had pledged to repeal.

Spicer said the order was aimed "to ease the burden of Obamacare as we transition from repeal and replace."

He did not give any further details.

During the presidential campaign, Trump had vowed to scrap the Affordable Care Act or Obamacare, but Republicans have yet to find a replacement for the healthcare programme which provided health insurance to more than 20 million people.

Trump also told reporters, "It was busy, but good. It was a beautiful day."