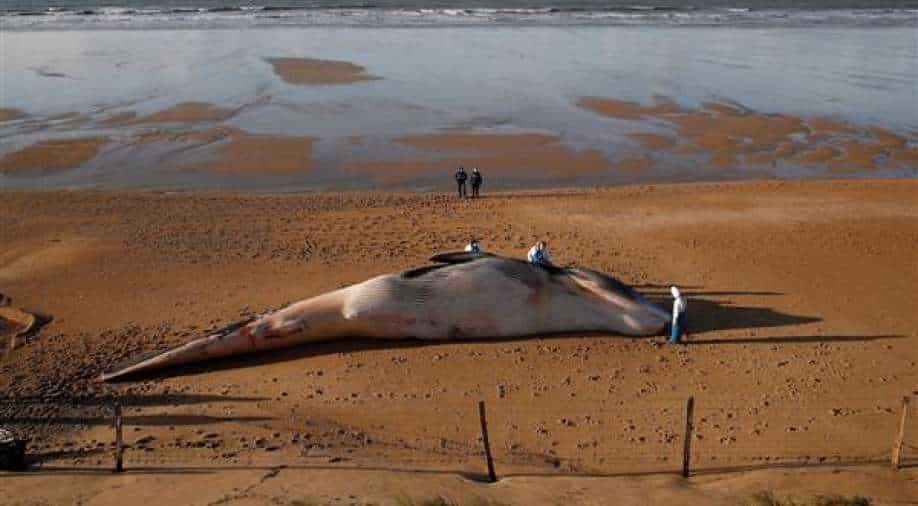 Human activities have always had an impact on nature. Although there has been increased awareness and efforts to mitigate the effects lately, more needs to be done. Human activities have changed the shape and element of Earth, so to speak. The hazardous effect span from those to the biosphere as well as atmosphere. Global warming, Greenhouse gases are problems enough, but out footprint on the only planet we call home has endangered species of plants and animals.

A study has hinted that US Navy's Sonar use may be a factor behind increased beachings of whales in the Pacific. Beaching refers to the giant fish coming out of the water and getting stuck on beaches and losing lives in many instances. The effect of Sonar on whale beaching has been seen in Northern Marina Islands in western Pacific Ocean. These islands are surrounded by USA's Mariana Islands Training and Testing area (MITT).

In February last year, researchers from the National Oceanic and Atmospheric Administration (NOAA) and Scripps Institution of Oceanography published a study in which they had examined effect of Sonar on whale beachings. The study noted beachings of at least 10 Cuvier's beaked whales that took place between 2006 and 2019. Many of them occurred within six days of Sonar use by US armed forces.

A hypothesis suggests that Sonar waves cause whales to surface too quickly. forming bubbles in their blood and organs.

US Navy spokesperson Lieutenant James Adams was quoted by the Guardian as saying that there was "insufficient evidence" to suggest that navy's use of the Sonar had caused more whale beachings.