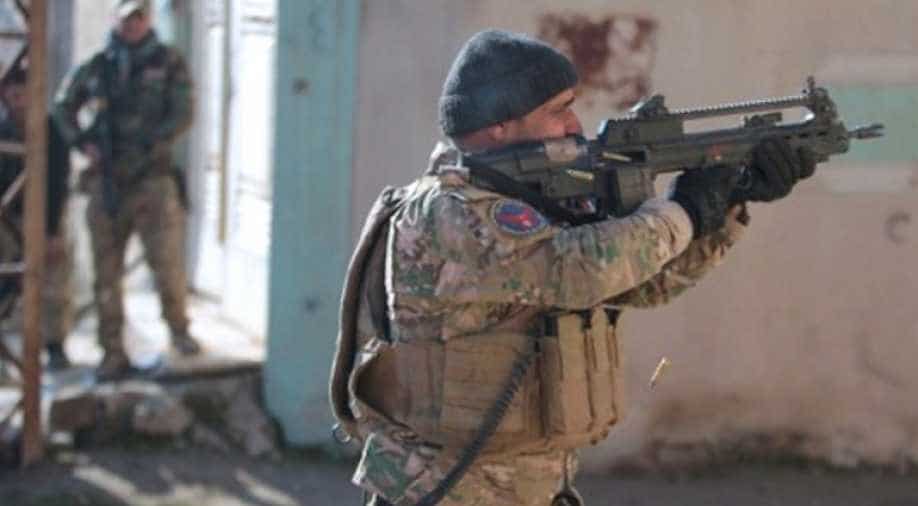 A member of the Iraqi Forces firing at Islamic State (IS) group in the Al-Intisar area in eastern Mosul on January 1, 2017. Photograph:( AFP )

An artillery strike by the US-led coalition in the northern Iraqi city of Mosul struck a mortar position next to two empty school buildings that Islamic State had been using to target Iraqi security forces, the US military said on Sunday.

No civilians were in the area and minimal damage was reported to the buildings, the Combined Joint Strike Force said in a statement. Schools, like hospitals and mosques, are protected under international law.

"While the Coalition takes extraordinary effort to protect civilians and strike appropriate military targets, we will continue to strike ISIL wherever and whenever our partner`s lives are in danger in accordance with the Law of Armed Conflict," it said, using an acronym for Islamic State.