US charges Volkswagen exec with fraud over emissions scandal 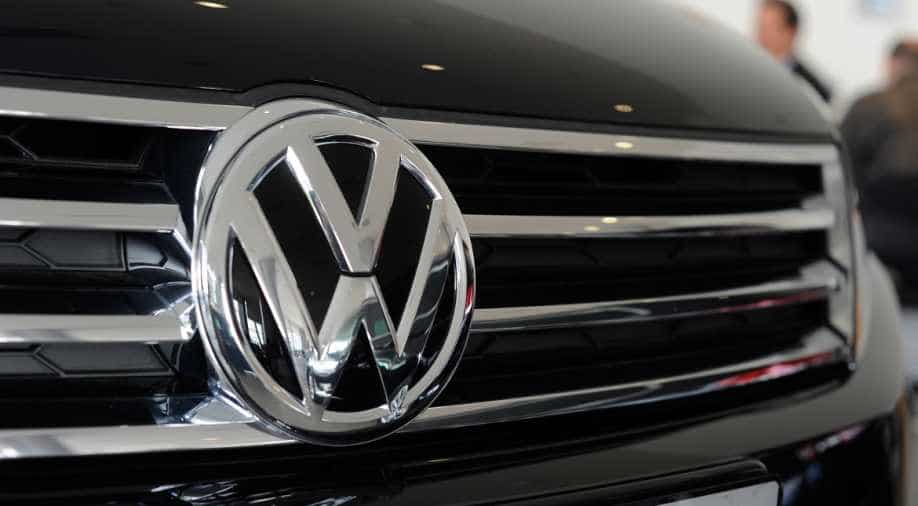 The arrest and court appearance come as VW nears a $3 billion plus - and potentially $4 billion - settlement with the Justice Department and Environmental Protection Agency to resolve civil and criminal investigations into the diesel scandal. Photograph:( Getty )

Volkswagen AG suffered a new setback on Monday when an executive was charged with conspiracy to defraud the United States over the company's diesel emissions cheating and the automaker was accused of concealing the cheating from regulators.

Oliver Schmidt, who was general manager in charge of Volkswagen's environmental and engineering office in Michigan, did not enter a plea at an initial appearance in US District Court in Miami on Monday and was ordered held pending a hearing on Thursday by US Magistrate Judge William C Turnoff.

Schmidt, who was shackled and wearing a jail uniform, was charged with fraud and conspiracy in not disclosing a cheating device used to rig US diesel emissions tests from 2006 through 2015.

He was arrested on Saturday in Florida after attempting to return to Germany from a vacation there, the Justice Department said. Schmidt's lawyer David Massey said Schmidt had learned of the investigation and reached out to the US Federal Bureau of Investigation to offer to cooperate. Schmidt then met with FBI agents in London last year, he said.

The arrest was first reported by the New York Times.

The arrest and court appearance come as VW nears a $3 billion plus - and potentially $4 billion - settlement with the Justice Department and Environmental Protection Agency to resolve civil and criminal investigations into the diesel scandal, which sources have told Reuters could be announced as soon as Wednesday. Talks are still under way about some details of the settlements and no deal has been reached, sources said.

An FBI complaint unsealed on Monday against Schmidt said he and other VW employees told executive management about the "existence, purpose and characteristics" of an emissions cheating device in July 2015, and that the executives chose not to immediately disclose it to US regulators.

The FBI complaint accused VW of deliberately misleading regulators about cheating pollution tests in the United States, but did not charge the company with a crime.

Schmidt and other employees gave a presentation about the "defeat device" on or about July 27, 2015, more than a month before the automaker disclosed the device to US regulators in September 2015, the complaint said.

The cheating allowed nearly 580,0000 of VW's US diesel vehicles sold since 2009 to emit up to 40 times legally allowable pollution levels.

One slide in the presentation included "Indictment?" if regulators did not approve its diesel software for 2016 models, according to the complaint. The complaint said that in 2006 VW employees realised they would not be able to meet US diesel emissions standard and decided to create cheating software.

Volkswagen said it could not comment on an ongoing legal matter. Hinrich Woebcken, VW's chief executive of the North America region, told reporters at the Detroit auto show on Monday that the automaker was "surprised" by the criminal charge.

A US VW employee, James Liang, was charged in September and pleaded guilty to misleading regulators about diesel emissions and agreed to cooperate with the investigation. His sentencing was delayed last week as prosecutors consider charging others, a court filing said.

The news comes as VW is trying to convince Americans it has changed its ways. The world's second-largest automaker emphasised its focus on the US market as it rolled out two new sport utility vehicles at the Detroit auto show, including a new longer Tiguan SUV with more cargo space and a larger all-new Atlas SUV that will be built in Tennessee.

"We intend to take that second chance," Woebcken told reporters who joined VW in January 2016. "We are on a good path to get things straight" and added that VW is a "good corporate citizen". He said VW employs 600,000 people worldwide and they "are honest people" and that it was "unfortunate that a small group of people generated this disappointment". Much of the company's senior management departed following the scandal, including CEO Martin Winterkorn.

But the allegations in the FBI filing show how difficult it is proving for VW to draw a line under the biggest business scandal in its 80-year history almost 16 months after it broke.

On Monday, however, VW shares rose 4.2 per cent to their highest since September 2015 on optimism about the expected US criminal settlement, topping the German blue-chip DAX index. The shares are still 10 per cent below pre-scandal levels.

VW admitted in September 2015 to installing the secret defeat device software in hundreds of thousands of US diesel cars to cheat exhaust emissions tests and make them appear cleaner than they were on the road, and that up to around 11 million vehicles could have similar software installed worldwide.

The automaker initially blamed a small group of "rogue engineers" for the test-cheating, and has repeatedly said no current or former board members were involved.

The ensuing scandal has cost the company more than $18.9 billion in provisions and forced it to drop its diesel offensive in the United States. VW's global brand chief Herbert Diess told reporters on Sunday the company has no plans to ever resume US diesel sales.

VW has already agreed to spend up to $17.5 billion in the United States to address claims from regulators, dealers, and owners.

Separately on Monday, a British law firm launched legal action against VW seeking thousands of pounds of compensation each for UK drivers affected by the emissions scandal.

In Britain, 1.2 million cars are affected and Harcus Sinclair UK, which is being supported by Slater and Gordon, said around 10,000 drivers had already signed up to the legal action before the launch.