US authorities seek authors of hateful letters to mosques 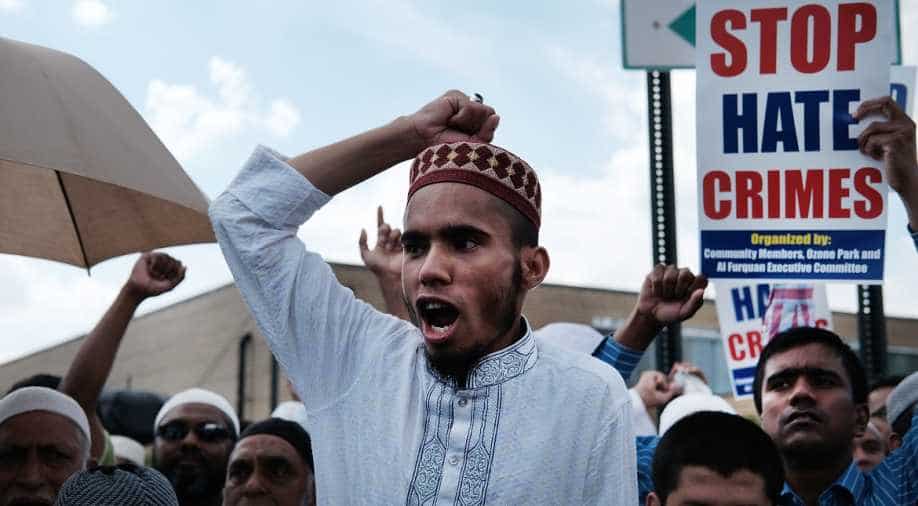 According to the FBI hate crimes against Muslims in the United States surged 67 per cent this year. Photograph:( Getty )

Authorities in Los Angeles said Monday they were actively seeking the authors of a series of threatening letters sent to area mosques and urged anyone who had received similar messages to come forward.

The letters, which were addressed to the "Children of Satan," called Muslims "vile and filthy people" while praising President-elect Donald Trump and vowing that was "going to do to you Muslims what Hitler did to the Jews."

They were sent to three mosques in California and one in Georgia.

"Your day of reckoning has arrived," the Council on American-Islamic Relations, an advocacy organisation for Muslims in the US, quoted the letter as saying. "There's a new sheriff in town -- President Donald Trump. He's going to cleanse America and make it shine again. And, he's going to start with you Muslims."

The author or authors signed the letter "Americans for a Better Way."

While the handwritten messages contained "awful, awful language," the messages did not contain a specific threat and as such did not constitute a hate crime, said Stephen Woolery, head of the FBI's counterterrorism division in Los Angeles.

"I would encourage you, the community, that if you receive letters like this, please report them," Woolery, said at a press conference at the Islamic Center of Southern California alongside police officials and faith leaders.

"We know that there is under-reporting in a number of crimes that occur."

The FBI earlier this month reported that hate crimes against Muslims in the United States surged 67 per cent this year -- the highest level since the aftermath of the September 11, 2001 terror attacks.

The bureau's Uniform Crime Report documented 257 anti-Muslim hate crimes, up from 154 in 2014.

Trump railed against Muslims and immigrants during the presidential campaign and since his election on November 8, more than 100 anti-Muslim incidents have been reported across the country, CAIR said.

It quoted the Southern Poverty Law Center, which monitors hate crimes, as saying that more than 700 incidents targeting different minority groups had been documented since Election Day.