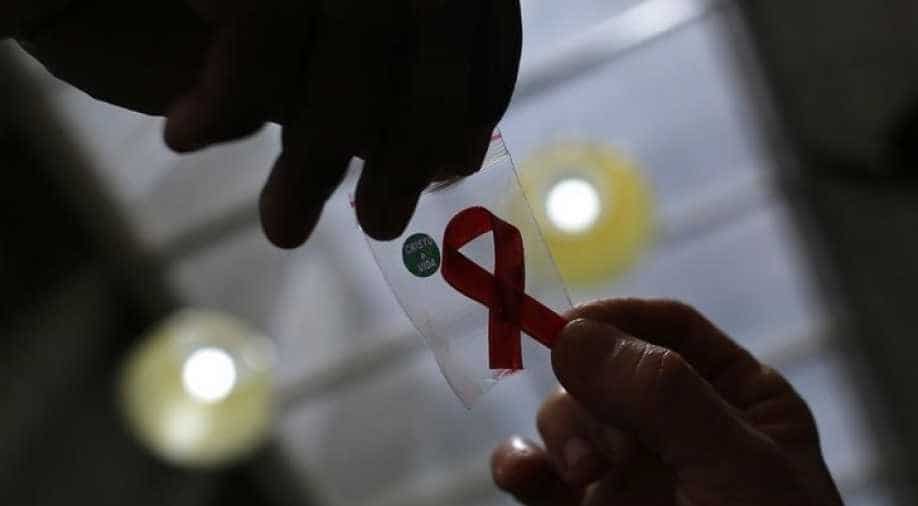 A nurse (L) hands out a red ribbon to a woman, to mark World Aids Day, at the entrance of Emilio Ribas Hospital, in Sao Paulo December 1, 2014. Photograph:( Reuters )

Follow Us
United Nations targets for HIV testing and treatment may seem expensive at first but are very cost-effective way to boost the survival rate in the long run.

According to a research at the Massachusetts General Hospital (MGH), the University of Cape Town and the Yale School of Public Health, which estimated the likely impact of the so-called "90-90-90" program, concluded that the program is an economical way to increase survival, reduce the number of children orphaned by HIV, and contain the global AIDS epidemic.

"Based on our findings, there is nothing overstated about the suggestion that 90-90-90 could lay the foundation for a healthier, more just and equitable world for future generations," says Rochelle P. Walensky, of the MGH Division of Infectious Disease, who led the study that will appear in the May 31 online edition of Annals of Internal Medicine.

"Yes it would be very expensive, but it would be worth every penny", said Walensky Launched in September 2014 by the Joint United Nations Programme on HIV/AIDS (UNAIDS), the 90-90-90 program has three key objectives - diagnosing 90 percent of HIV-infected persons worldwide; linking 90 percent of identified cases to antiretroviral therapy (ART); and achieving virologic suppression among 90 percent of ART recipients.

The program`s overall goal is achieving viral suppression - reducing the viral load to an undetectable level - among 73 percent of HIV-infected persons worldwide by 2020, a marked improvement from current estimates of 24 percent.Critics have expressed concern that successful implementation of 90-90-90 would require unprecedented cash infusions from donor organizations such as the President`s Emergency Plan for AIDS Relief, the Global Fund, and the World Bank.Countering this concern, study`s co-author Linda-Gail Bekker, notes, "Recent funding from these sources has been flat. Our goal for this study was to provide donors and partner countries with pragmatic estimates of what it will cost and what return they can expect by investing in 90-90-90."

Publication of the study coincides with a June 8-10 United Nations meeting of world leaders, HIV program implementers, government representatives and other key stakeholders to solidify a plan to put an end to the global AIDS epidemic by 2030.The research has been published in Annals of Internal Medicine.
Read in App