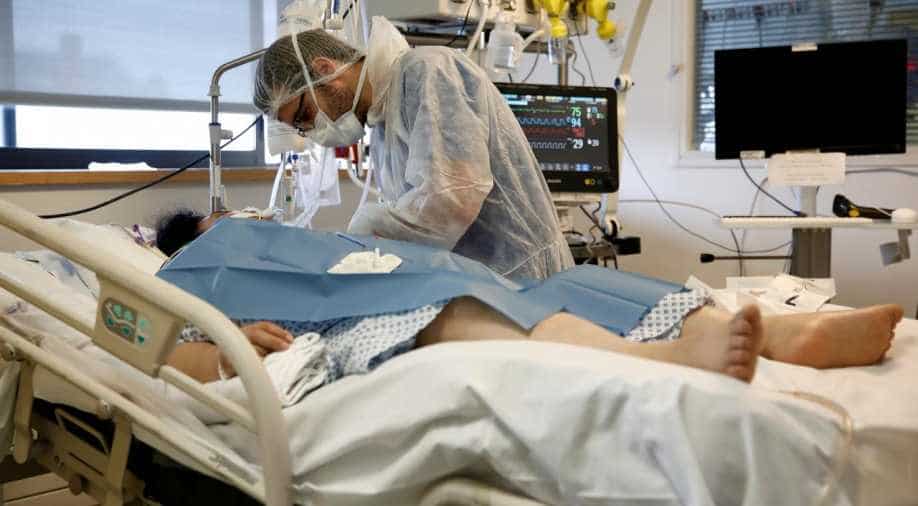 The United States is the worst affected in terms of coronavirus pandemic with more than 1.2 million cases and 69,000 deaths due to the virus.

According to a new government report, the United States will witness 200,000 cases and over 3,000 deaths per day by June 1. According to the document accessed by the New York Times, the deaths will increase by 70 per cent from the current numbers.

Nearly 1,750 Americans succumb to coronavirus every day. The United States has been under lockdown to avoid the spread of the novel coronavirus but re-opening the American economy will have catastrophic consequences.

The United States is the worst affected in terms of coronavirus pandemic with more than 1.2 million cases and 69,000 deaths due to the virus.

The American economy has been hit hard after more than 30 million Americans have applied for unemployment benefits.

A new coronavirus model has projected 3,000 daily deaths in the United States by the month of June, as the country pushes to reopen its economy.

Is the US exiting lockdown too soon? Watch video pic.twitter.com/kIGOf7U1Ek

According to the New York Times, the Centers for Disease Control and Prevention has warned, “There remains a large number of counties whose burden continues to grow.”

Institute for Health Metrics and Evaluation at the University of Washington has estimated nearly 135,000 deaths in the beginning of August, this prediction is double than what was predicted earlier in April.

Meanwhile, more than a dozen US states eased COVID-19 restrictions and another over a dozen have announced their plans to do so in the coming days.