UN Security Council to vote on Sunday on Aleppo observers 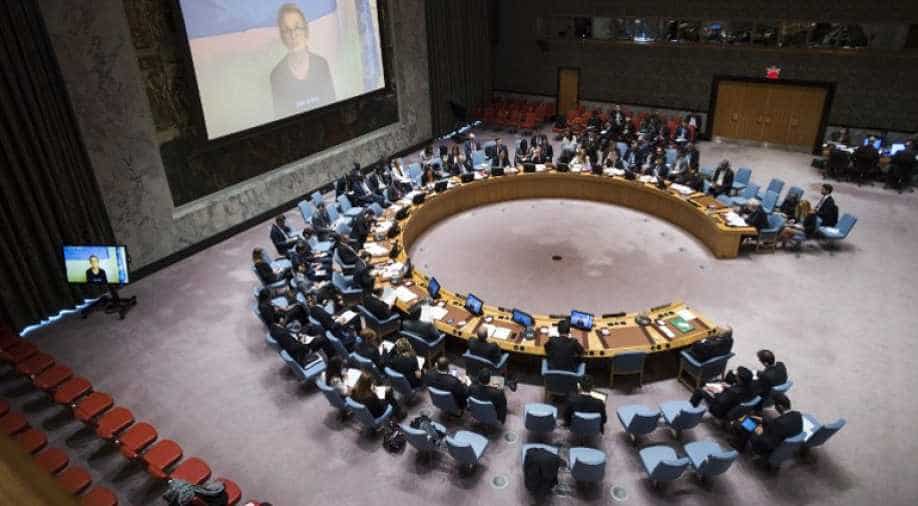 Thousands of trapped civilians and the last remaining opposition fighters in Aleppo were waiting for evacuations to resume on Saturday, a day after the operation was suspended by the Syrian government. Photograph:( AFP )

The UN Security Council will vote Sunday on a French proposal to send observers to the flashpoint Syrian city of Aleppo to monitor evacuations and report on the protection of civilians, diplomats said.

The council will meet at 10:00 am (1500 GMT) to decide on the draft resolution, despite resistance from Russia, Syria's ally and a veto-wielding Security Council member.

France circulated a draft text late Friday stating that the council is "alarmed" by the worsening humanitarian crisis in Aleppo and by the fact that "tens of thousands of besieged Aleppo inhabitants" are in need of aid and evacuation.

Thousands of trapped civilians and the last remaining opposition fighters in Aleppo were waiting for evacuations to resume on Saturday, a day after the operation was suspended by the Syrian government.

Syrian forces this week moved to assert full control over the east of the city, which had been held by opposition fighters since 2012.

French ambassador Francois Delattre said the international presence prevents Aleppo from turning into another Srebrenica, where thousands of Bosnian men and boys were massacred in 1995 when the town fell to Bosnian Serb forces during the Balkan wars.

"Our goal through this resolution is to avoid another Srebrenica in this phase immediately following the military operations," Delattre told AFP.

The draft resolution would request that UN secretary-general Ban Ki-moon quickly redeploy UN humanitarian staff already in Syria to the city "to carry out adequate, neutral monitoring, direct observation and to report on evacuations from besieged parts of Aleppo and protection of civilians inside Aleppo," according to a copy of the text obtained by AFP.

Ban would also ensure the deployment of further staff, according to the draft text, which demands that Syria grant access to the observers.

The UN chief would report to the council within five days on whether access has been granted by the Syrian government, which has repeatedly blocked UN access during the nearly six-year war.

Evacuations were expected to resume under a new deal that would allow civilians and fighters in other besieged towns to leave, according to rebel officials, but the Damascus government made no announcements.

The draft resolution would seek to ensure the "voluntary, safe and dignified passage of all civilians" from Aleppo and other areas under UN monitoring and coordination, with priority given to the wounded and most vulnerable.

It demands the protection of all doctors, medical workers, hospitals and ambulances following reports that Syrian forces had bombed all of the medical facilities in Aleppo.

The text specifically mentions the need to protect the border hospitals of Atmeh, Darkoush, Bab al-Hawa and Bab al-Salamah, where many of the evacuees would be taken.

The council would also demand that urgent humanitarian aid reach Aleppo, which has been under siege since July.

US ambassador Samantha Power said Friday that the observers on the ground would provide a "presence as protection."

But Russian ambassador Vitaly Churkin said he found elements of the French proposal "questionable", including whether the observers could be quickly redeployed.

Ban has urged Syrian parties to resume the evacuation operation and allow civilians to leave safely, saying "Aleppo is now a synonym for hell".