All sides in Yemen conflict may have committed war crimes: UN investigators 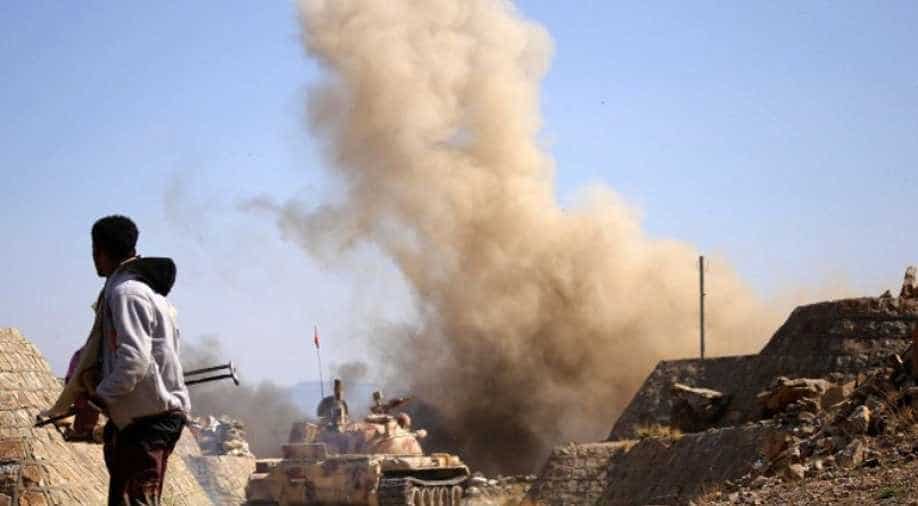 The war between the government and the rebels escalated in March 2015 when the Arab coalition intervened in support of President Abedrabbo Mansour Hadi. Photograph:( AFP )

In their first report, a team of UN-mandated investigators said they had "reasonable grounds to believe that the parties to the armed conflict in Yemen have committed a substantial number of violations of international humanitarian law."

Many of these violations may amount to "war crimes" the report said, adding that the investigators had identified a number of alleged perpetrators.

The devastating conflict in Yemen has left nearly 10,000 people dead since March 2015, when a Saudi-led coalition intervened to fight Huthi rebels closing in on the last bastion of President Abedrabbo Mansour Hadi's government.

The conflict in what was already one of the world's poorest countries has caused what the United Nations has described as the world's worst humanitarian crisis.

The UN's so-called Group of Independent Eminent International and Regional Experts, which was created by the UN Human Rights Council last September, detailed a long line of abuses committed by all parties to the conflict.

"There is little evidence of any attempt by parties to the conflict to minimise civilian casualties," said the group's chairman Kamel Jendoubi in a statement.

The report concluded that "coalition air strikes have caused most of the documented civilian casualties," pointing to a large number of strikes on residential areas, markets, funerals, weddings, detention facilities, civilian boats and medical facilities.

"The specific cases investigated by the Group of Experts raise serious concerns about the targeting process applied by the coalition," the report said, pointing out that in many cases there were no apparent military targets in the vicinity of the attacks.

The report covers the period from September 2014 through June 2018, and does not address the latest series of deadly strikes that have killed dozens of children in rebel-held areas and sparked international outrage.

The coalition has not confirmed or denied it carried out two air raids last Thursday that the UN said killed at least 26 children and four women south of the flashpoint rebel-held city of Hodeida.

Those deaths came after a coalition attack on a bus in the northern rebel stronghold of Saada early this month killed 40 children, prompting UN Secretary-General Antonio Guterres to call for an independent investigation of attacks targeting civilians in the three-year war.

Children have not only died in air strikes in Yemen.

The experts said they had "received substantial information indicating that the Government of Yemen, the coalition-backed forces and the Houthi-Saleh forces have all conscripted or enlisted children into armed forces or groups and used them to participate actively in hostilities."

"In most cases, the children were between 11 and 17 years old, but there have been consistent reports of the recruitment or use of children as young as eight years old," they added.