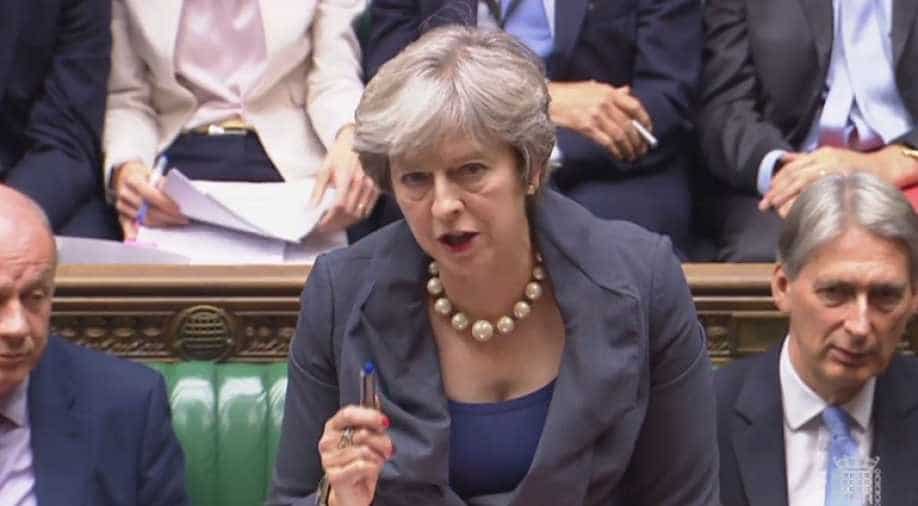 Fallon,65, resigned as defence secretary saying his conduct may have fallen below the high standards expected amid revelations that he had made unwanted advances towards a journalist years ago. ||

Fallon,65, resigned as defence secretary saying his conduct may have fallen below the high standards expected amid revelations that he had made unwanted advances towards a journalist years ago.

He was replaced by 41-year-old Williamson, the MP for South Staffordshire, who has been responsible for exerting discipline over the prime minister's fractious parliamentary party since last year.

Williamson was closely involved in negotiating the confidence and supply deal with the Democratic Unionist party that secured the parliamentary support May needed to govern in the aftermath of June's general election.

"A number of allegations have surfaced about MPs in recent days, including some about my previous conduct. Many of these have been false, but I accept in the past I have fallen below the high standards that we require of the armed forces that I have the honour to represent," Fallon said in his resignation letter to May.

It remains unclear if it was the particular revelation of Fallon repeatedly placing his hand on the knee of journalist Julia Hartley-Brewer that triggered his decision to step down or there were other incidents involving an abuse of power that may have precipitated his departure.

Hartley-Brewer, at the centre of the allegations that came to light earlier this week, has stressed that she did not see herself as a victim and that the incident had not "remotely upset or distressed" anyone.

"If this is over kneegate, him touching my knee 15 years ago and me not having any issue with it today, this is the most insane, absurd and ridiculous resignation of a Cabinet minister ever," she said.

The British Prime Minister in her response to Fallon's resignation letter praised his "diligent service" and welcomed the "particular example you wish to set to servicemen and women and others".

Fallon, described as a Conservative party heavyweight and even tipped as a future Prime Minister, becomes the first victim of a deepening scandal over sexual misconduct in the corridors of political power in the UK.

Williamson has been running the Tory whips' office since being appointed chief whip by Theresa May in 2016. He has been replaced by Julian Smith, Tory MP for Skipton and Ripon, as chief whip of the Conservative party.

While May moved quickly to appoint a new defence minister without the need for a very wide reshuffle, the position of another of her senior ministers, First Secretary of State Damian Green, remains precarious after disclosures by an academic and Conservative party activist Kate Maltby.

He has categorically denied making unwanted sexual advances towards Maltby but remains under investigation by Cabinet Secretary Jeremy Heywood on the orders of May.

There are growing fears that Fallon's surprise resignation could trigger a freefall within government ranks and lead to more shake-ups.

"Parliament now has to look at itself and the Prime Minister has made very clear that conduct needs to be improved and we need to protect the staff of Westminster against any particular allegations of harassment," Fallon said soon after his resignation.

His name had appeared on an unverified list of sexual misconduct, a so-called dirty dossier, circulating in Westminster.

It has attracted a mixed response because it implicates MPs who have had consensual affairs with colleagues in the same space as more serious accusations of sexual abuse.

The Prime Minister is struggling to contain the crisis and opened parliamentary proceedings yesterday with a statement on the issue, stressing that she had been holding a series of meetings to set up a "common, transparent, independent" grievance procedure.

Indian-origin Opposition Labour MP Lisa Nandy challenged her in the House of Commons over her failure to act over sexual abuse cover-up she had informed her about three years ago when May was the UK home secretary.

May assured the House that she was determined to take firm action and is set to hold a meeting with Labour leader Jeremy Corbyn early next week to address the issue across party lines.

She has reportedly read the "riot act" to her Cabinet, warning them to ensure exemplary behaviour.