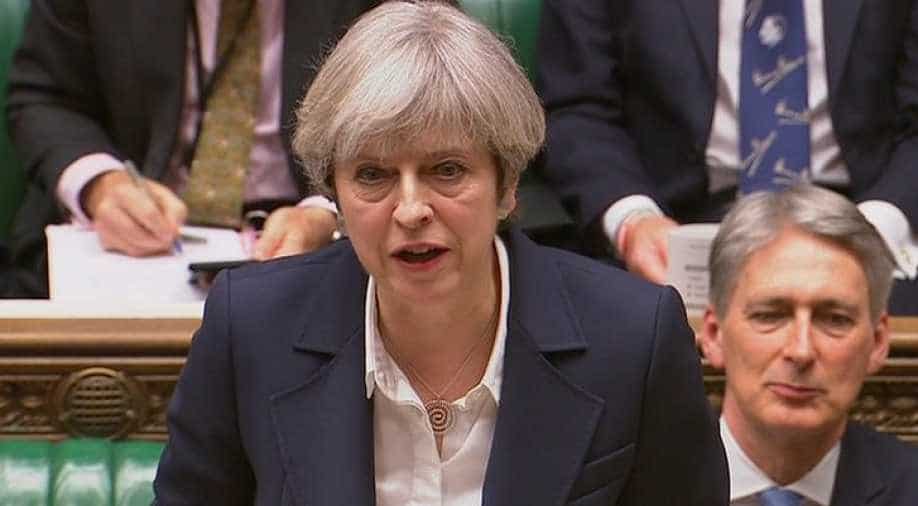 At present, May's Conservative Party is leading the opposition Labour Party by a large margin according to the latest opinion polls. Photograph:( Reuters )

The British Parliament dissolved officially on Wednesday and has halted all proceedings until after the general election on June 8th.

By law, parliament is dissolved 25 working days before an election takes place, following which lawmakers are stripped of the privileges of being a member of parliament.

This comes after Prime Minister Theresa May called the snap election in order to give her an upper hand in negotiations for Britain to leave the European Union.

Later in the day, May will visit Queen Elizabeth II at Buckingham Palace to gain formal approval for the dissolution, reports CNN.

Almost a year ago, the United Kingdom voted to leave the 28-nation EU in a referendum, and the Brexit issue is set become the main agenda of the election campaign.

At present, May's Conservative Party is leading the opposition Labour Party by a large margin according to the latest opinion polls.

However, May's stand on not taking part in television debates and for only allowing loyal supporters to her campaign meetings, has been widely criticized.