UK approves Pfizer-BioNTech COVID-19 vaccine: Who gets it first? 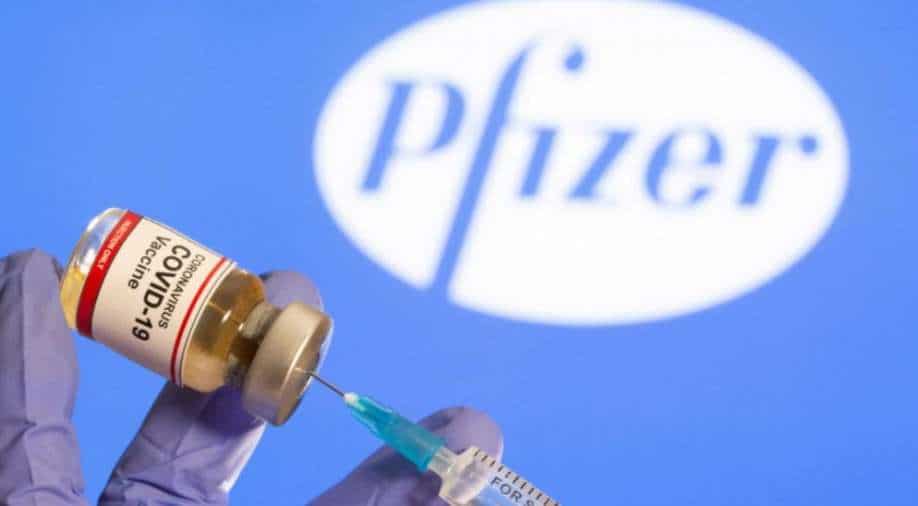 Britain on Wednesday became the first country in the world to approve the Pfizer-BioNTech COVID-19 vaccine for use and said that it will be rolled out from early next week.

The head of the medicines regulator, June Raine, said no corners had been cut. The Medicines and Healthcare products Regulatory Agency said it had received the first data on the vaccine in June and carried out a rigorous rolling analysis to international standards before giving its approval.

Britain has ordered 40 million doses of the Pfizer vaccine - enough for just under a third of the population as two shots of the jab are needed per person to gain immunity.

Below are details on the manufacturing and storage process, and the British vaccination programme:

- The vaccine needs to be shipped and stored at minus 70 degrees Celsius (-94F) or below.

- The two companies have developed specially designed, temperature-controlled shippers which can maintain their temperature for 10 days unopened. The shippers can also be used for storage, maintaining the required temperature, for a further 30 days.

- Once thawed, the vaccine vial can be stored for up to five days at refrigerated temperatures (2-8 degrees Celsius).

- The UK market will be supplied by Pfizer`s manufacturing site in Puurs, Belgium, one of its largest sterile injectable sites.

- Britain will start vaccinating people early next week after it gets 800,000 doses from Belgium. The speed of the rollout then depends on how fast Pfizer can manufacture and deliver the vaccine, Britain said.

- It will be administered in two shots, about three weeks apart. The bulk of the rollout will happen in the new year.

- Older care home residents and their carers will be the highest priority to receive the vaccine, followed by those over 80 years of age and frontline health workers, according to the chair of the Joint Committee on Vaccination and Immunisation (JCVI).

- People in descending bands from 80 to 50 will follow on in the first wave, along with people aged 16 years to 64 years with underlying health conditions which put them at higher risk of serious disease and mortality.

- Britain will use hospitals, large vaccination centres and community medical centres to distribute the jab.

- 50 hospitals are set up across England and waiting to accept the vaccine, vaccination centres are being set up now, and in time local health centres known as general practitioners (GPs) and pharmacists will provide the jab in the community if they have those capabilities.

- The community element is likely to take on a larger role if a rival vaccine from Oxford University and AstraZeneca is approved, because it does not need such cold storage and is easier to deliver.