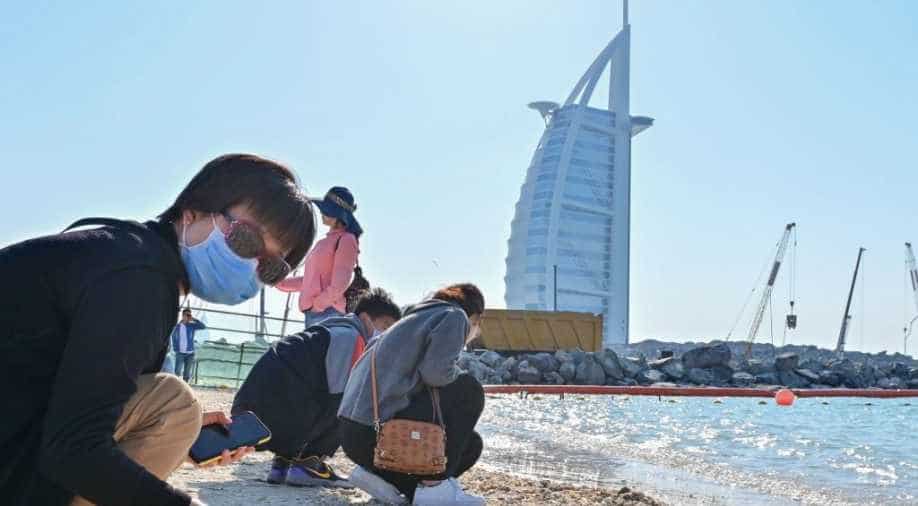 Neighbouring Saudi Arabia has the highest count among the six Gulf Arab states at more than 213,700 infections with 1,968 deaths as of Monday.

The United Arab Emirates plans to test two million people, or about 20% of the population, for the novel coronavirus over the next two months after the infection rate spiked again following the lifting of restrictions, Reuters reported quoting a government spokesperson.

The regional business and tourism hub lifted the lockdown restrictions on June 24 in place since mid-March. It has gradually reopened commercial businesses and public venues and the emirate, or state, of Dubai, is set reopen to foreign visitors on Tuesday.

"While it is worrying to see a slight increase in cases in the past few days, it is a reminder that we all should be responsible and committed to follow health practices," government spokesperson Amna al-Shamsi said late on Monday.

"UAE health authorities continue to increase testing capacity for Covid-19, with additional 2 million tests to be performed in the coming two months, across the country," she said in comments carried on the government Twitter account.

Dubai's move to allow foreign visitors has not been implemented on the federal level in the UAE, which does not provide a breakdown of coronavirus cases for each of its seven emirates.

Abu Dhabi, the largest and richest emirate, has restricted movement into the UAE capital, with people residing outside the emirate required to obtain a permit showing a negative COVID-19 test.

Neighbouring Saudi Arabia has the highest count among the six Gulf Arab states at more than 213,700 infections with 1,968 deaths as of Monday.