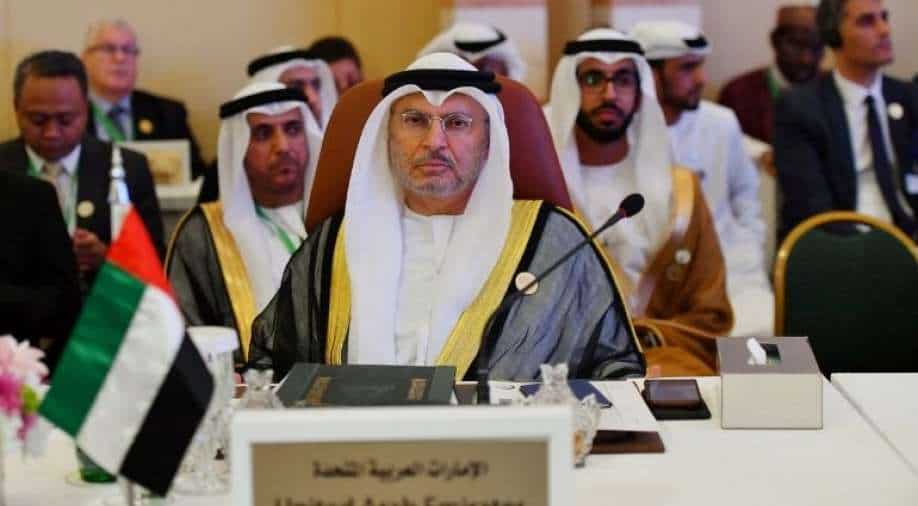 Gargash, who has occupied the second most senior foreign affairs position since 2008, will become a diplomatic advisor to UAE President Sheikh Khalifa bin Zayed

UAE Minister of State for Foreign Affairs Anwar Gargash has been replaced and will take up a new position, the government said on Wednesday.

Gargash had worked on a historic normalisation of relations with Israel last year. The move is part of a small cabinet reshuffle ordered by Dubai Ruler and UAE Prime Minister Sheikh Mohammed bin Rashid, Sheikh Mohammed said on Twitter.

Zaki Nusseibah also stepped down from his position of minister of state for public and cultural diplomacy at the foreign ministry to become a cultural advisor to President Khalifa.

Sheikh Shakhbout bin Nahyan, the former UAE ambassador to Saudi Arabia, and Khalifa al-Marar, former assistant minister of political affairs, have been appointed ministers of state at the foreign ministry. UAE government communications did not specify which roles the two men would take up.

Gargash, who has occupied the second most senior foreign affairs position since 2008, will become a diplomatic advisor to UAE President Sheikh Khalifa bin Zayed.

Sheikh Mohammed bin Rashid said on Twitter that Gargash had been "one of the most important pioneers of Emirati political work ... who had been able to bring about major transformations in our foreign political work and international political and regional relations".