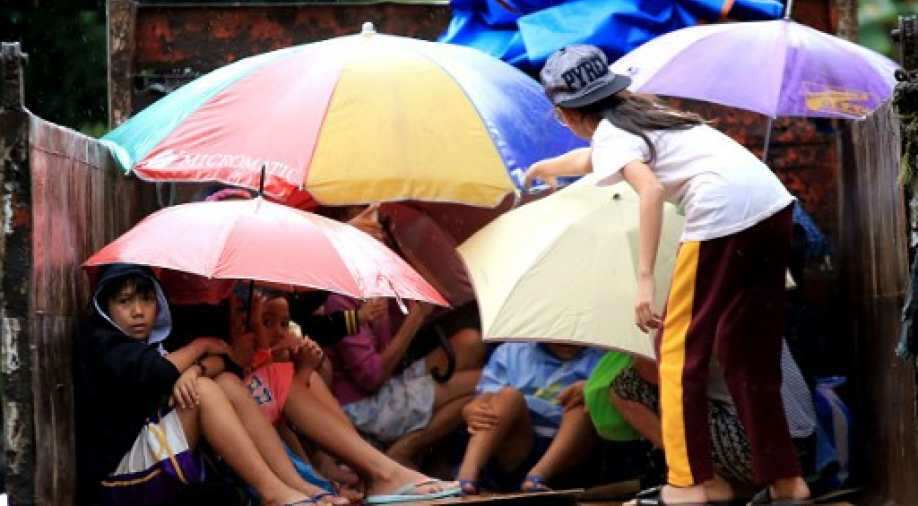 The military and local governments moved more than 100,000 people from the coasts due to threat of the menacing typhoon. Photograph:( AFP )

A strong typhoon made a landfall in east Philippines on Sunday.

No reports of damage or casualties have been reported.

The eye of Typhoon Nock-Ten hit the remote island of Catanduanes just after 6:00 pm (1000 GMT), the weather service announced on its official Twitter site.

"It would pass over land overnight and we hope that would dissipate the typhoon's strength somewhat," state weather forecaster Lorie de la Cruz told AFP.

She said maximum sustained winds were 185 kph at 0900 GMT but the agency did not have the figure during landfall itself.

The Philippine government and its army said they had moved around 10,000 people from hazardous areas of Catanduanes and nearby areas of the Bicol peninsula.

The typhoon will affect around 42 million people in the island nation, and will barrel towards the capital city of Manila. It is expected to sweep across the densely populated city of Manila on Monday.

Nock-Ten, named after a bird found in Laos, struck on one of the biggest holidays in the mainly Christian nation, and one provincial governor offered roast pig at evacuation centres to entice people to abandon celebrations at home.

The island nation sees around 20 storms or typhoons on an average every year, killing hundreds of people and leaving thousands homeless.