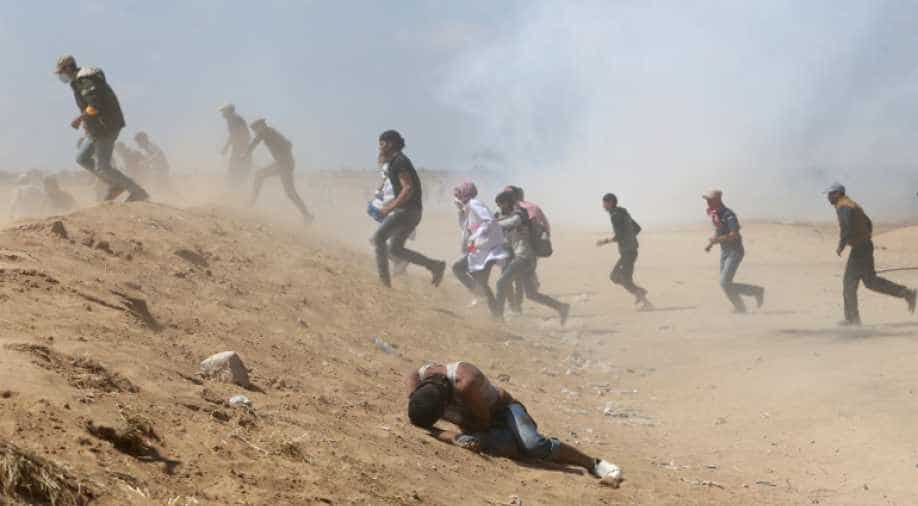 Israeli forces shot and killed a Palestinian man during weekly protests on Friday along with its border with Gaza, local health officials said.

Two Palestinians were shot dead by Israeli troops during clashes in the Gaza Strip and the Israeli-occupied West Bank on Friday (January 25).

Israeli forces shot and killed a Palestinian man during weekly protests on Friday along with its border with Gaza, local health officials said.

An Israeli military spokeswoman said that about 10,000 Palestinians had amassed along the Gaza border and that some of them hurled grenades and stones toward the soldiers across the way.

"IDF (Israel Defence Forces) fighters responded by using riot dispersal means and in accordance with the rules of engagement," the spokeswoman said.

Palestinians launched weekly border protests nine months ago demanding the right of return to land from which their ancestors fled or were forced to flee during Israel's founding in 1948 and an end to a grinding Israeli blockade of the territory, home for two million people.

Another Palestinian was killed on Friday by Israeli soldiers in a separate incident in the West Bank, the Palestinian Health Ministry said.

The Israeli military said its troops had opened fire at three Palestinian suspects who were throwing stones at Israeli vehicles driving along a West Bank highway and that after receiving medical treatment, one of the suspects died.