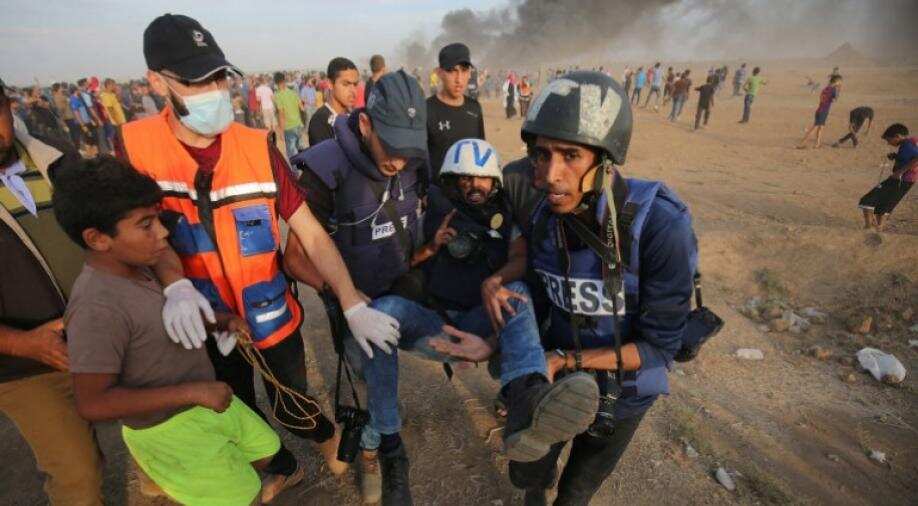 Two Palestinians including a 14-year-old boy were killed by Israeli fire on Friday on the Gaza border, as clashes erupted with security forces during protests, the enclave's health ministry said.