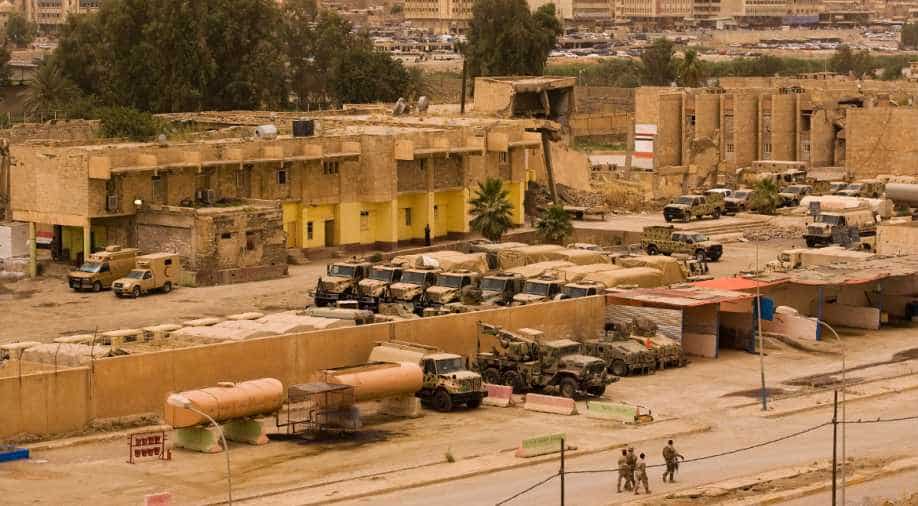 One of the leaders was a former Al-Qaeda member who joined the IS group and oversaw the June 2014 offensive to capture Mosul. The city is IS group's de facto Iraq capital. In image: Mosul, Iraq on June 5, 2010. Photograph:( Getty )

Follow Us
A coalition air strike near the Islamic State bastion of Mosul in Iraq has killed two of the jihadist group's senior military leaders, the Pentagon said on Friday.

"Coalition forces conducted an air strike against two ISIL senior military commanders on June 25 near Mosul, Iraq, resulting in their deaths," Pentagon press secretary Peter Cook said in a statement, using an acronym for the IS group.

Cook said al-Bajari was a former Al-Qaeda member who joined the IS group and oversaw the June 2014 offensive to capture Mosul.

Al-Hamduni was a military commander in Mosul and the head of military police in the region, Cook said.

Iraqi security forces have in recent weeks made significant progress against the IS group, including the recapture of the city of Fallujah this month.

Attention is now shifting to Mosul, where a battle to liberate the city is expected to unfold in the coming months.

"Removing these terrorist leaders from the battlefield shapes the environment for Iraqi forces to ultimately liberate Mosul with support from the international coalition," Cook said.