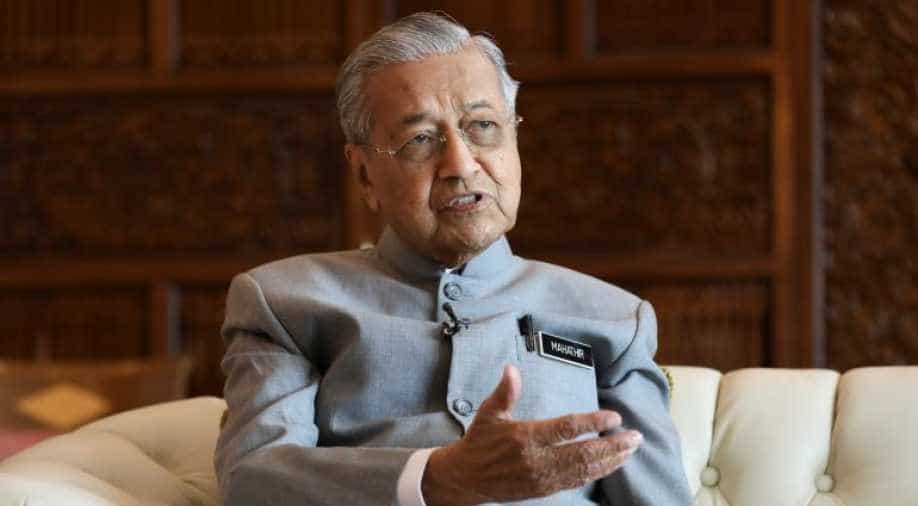 French Minister of State for digital and telecommunications, Cédric O, in a conversation with Twitter's managing director in France, said that Mahathir's account must be immediately suspended.

I just spoke with the MD of @TwitterFrance. The account of @chedetofficial must be immediately suspended. If not, @twitter would be an accomplice to a formal call for murder.

It comes after Mahathir made a bizarre assertion saying that Muslims had the right to be angry and to "kill millions of French people".

In an apparent reference to the colonial times, Mohamad justified this 'right' by mentioning ''massacres of the past".

12. Muslims have a right to be angry and to kill millions of French people for the massacres of the past.

He posted a series of 13 tweets from his personal Twitter handle and aired his opinions on issues ranging from women's clothing in western countries, West's adherence to their 'own religion', gender equality among other things and lashed out at French President Emmanuel Macron for not being "civilised" and for being "primitive" for targetting Muslims and Islam.

But irrespective of the religion professed, angry people kill. The French in the course of their history has killed millions of people. Many were Muslims.

Following which, Twitter issued a warning that the tweets violated its guidelines about ''glorifying violence''. 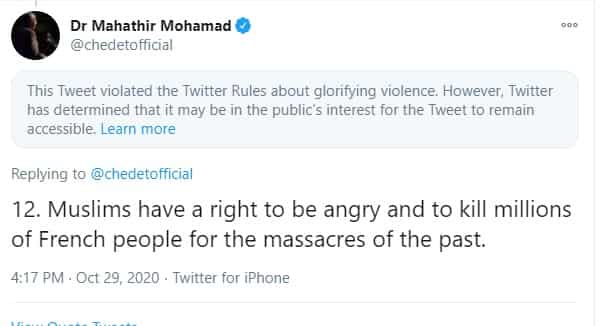 Several Muslim-majority countries have denounced remarks by French officials, including President Emmanuel Macron, defending the use of cartoons of the Prophet Mohammad in a French school classroom. The caricatures are seen as blasphemous by Muslims.

The dispute flared after a French teacher who showed his pupils satirical cartoons of the Prophet during a civics lesson was later beheaded in the street by an attacker of Chechen origin.

French officials said the killing was an attack on the core French value of freedom of expression and defended the right to publish the cartoons. Macron has also said he would redouble efforts to stop conservative Islamic beliefs subverting French values.