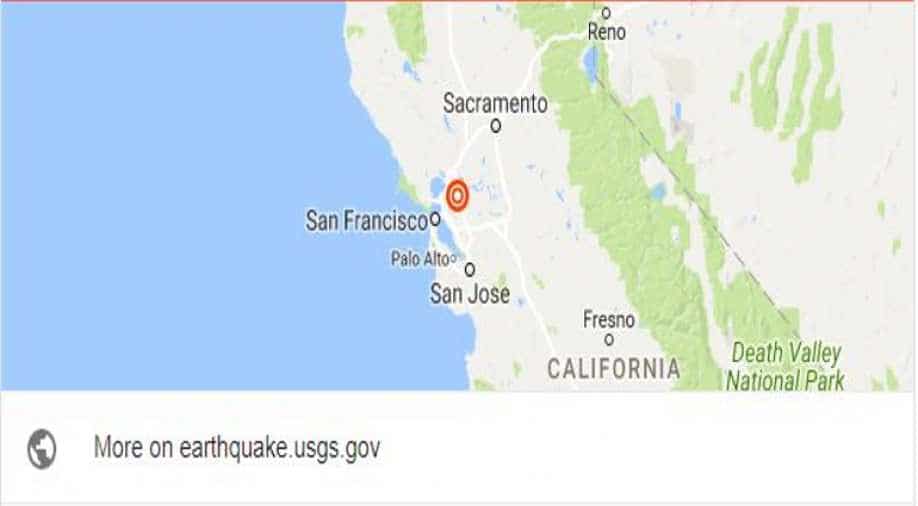 From past some time the area is seeing a lot of jolts due to Calaveras fault in the east of San Jose. Photograph:( Others )

The quake occurred at 10:32 pm and earlier in the same day 3.1 magnitude quake in the Richter Scale struck at 7:19 pm.

There are no reports of any injuries or damage so far.

The area has been witnessing a lot of jolts due to Calaveras fault in the east of San Jose. Experts expressed concern over the fault while warning of larger quakes.

According to US Geological Survey magnitude of 7.4 has been estimated in Hayward fault, branch of Calaveras fault in the upcoming years.

As the Hayward faults run through large population areas it is considered to be the world's most dangerous in the country.