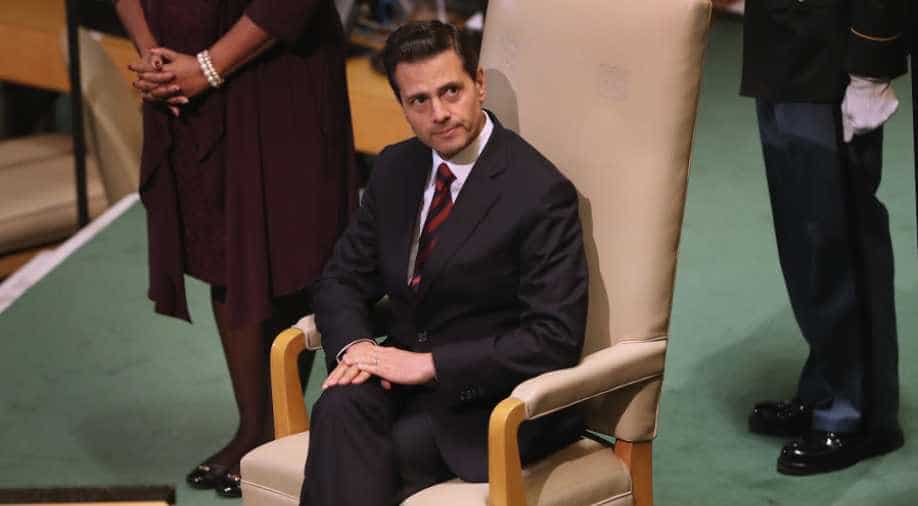 Nieto was cautious as he discussed the impending change of leadership north of the border at a summit of Asia-Pacific leaders. Photograph:( Getty )

Mexico's President Enrique Pena Nieto said Saturday his government will seek a dialogue with US President-elect Donald Trump, who infuriated Mexicans with vitriolic attacks on their country and its people during his campaign.

Pena Nieto, whose country relies on the United States as its largest trading partner, was cautious as he discussed the impending change of leadership north of the border at a summit of Asia-Pacific leaders.

"In the face of the positions that president-elect Trump has taken, we are prioritizing dialogue as a path to build a new agenda for our bilateral relations," Pena Nieto said during a roundtable on trade at the summit in Lima, Peru

"For Mexico, our relation with the United States is central, given the level of trade and integration we have now," he added.

"Mexico, like the rest of the world, is about to begin a new era in our relations with the United States, and in trade terms we want to give that relationship its fair value."

But Pena Nieto also had thinly veiled criticism for the protectionist policies embraced by Trump, who has attacked free-trade agreements as sending American jobs to Mexico and other countries with cheaper labor.

"Let's not allow ourselves to be confused by these protectionist sentiments that are starting to grow in different parts of the world. I believe globalization has brought more benefits than harm," Pena Nieto said.

He pushed back against Trump's calls to tear up or renegotiate the North American Free Trade Agreement (NAFTA) between Mexico, the United States and Canada, saying his country "will continue to be a fervent believer in openness."

But he said he is prepared to "modernize" aspects of the deal, including on environmental and labor issues.

Trump sharply criticized NAFTA and other trade deals on the campaign trail, saying they sent American jobs to countries with cheaper labor.

The brash billionaire also insulted Mexican immigrants as criminals and rapists, vowed to force Mexico to pay billions of dollars to build a wall along the border, and threatened to restrict the remittances that the 34 million Mexican immigrants in the United States send home.

Mexico gets crucial access to the US market through NAFTA, which took effect in 1994.

Pena Nieto met Saturday with the deal's other key leader, Prime Minister Justin Trudeau of Canada, on the sidelines of the summit.

The Mexican leader also met Trump during the US campaign -- a sit-down that was fiercely criticized in Mexico at the time, but was hailed as visionary by some after the election.

Pena Nieto plans to meet Trump again before he takes office on January 20.

Mexico has been in the line of fire for the political and market turbulence unleashed by Trump's shock win last week.

The Mexican peso -- which rose and fell during the campaign in inverse relation to Trump's performance in the polls -- was rocked by the election, plunging to a record low.

The turmoil caused the central bank to raise its key interest rate this week to counter inflationary pressure.