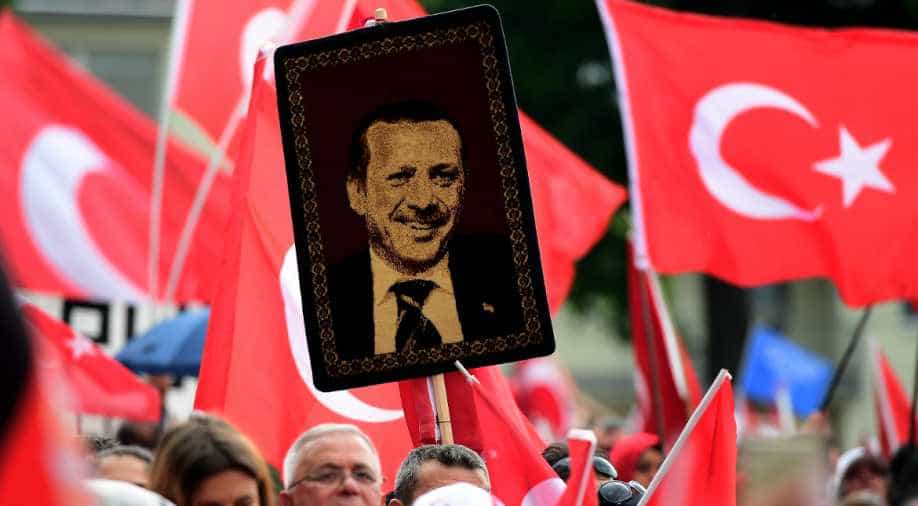 Buran was on his way to work -- he looks after the canteen at Opposition newspaper Cumhuriyet -- but found roads blocked because Erdogan was due to give a speech in the area. Photograph:( Getty )

Turkish police have arrested a man accused of insulting President Recep Tayyip Erdogan after he said he "would not serve that man a cup of tea".

The head of the canteen of the Turkish Opposition newspaper Cumhuriyet, Senol Buran, was remanded in custody by the Istanbul criminal court following his detention on December 24.

The Turkish daily has been repeatedly targeted by the authorities for its anti-Erdogan line. Police arrested ten of the newspaper's writers and executives last month.

Buran was on his way to work when he found roads blocked as Erdogan was due to give a speech in the area.

An officer claims he overheard Buran say, "I would not serve that man a cup of tea". The newspaper said he denies insulting the president, merely saying that he would not serve the tea, news agency AFP reported. The Guardian reports that Buran claims he had a dispute with the same police officer two years ago.

This man, Senol Buran, is a tea-maker at a Turkish opposition newspaper. He is spending this night in a prison in Istanbul. His crime? pic.twitter.com/4ALQSlbjNp

Erdogan has been accused of curbing freedom of speech, especially after the failed July 15 military coup.

Thousands of cases probing alleged insults against the president were opened before the coup, then dropped after its defeat as a gesture of national solidarity, AFP reported.

Turkey is probing 10,000 people over suspected terror activities online or posting insulting comments on the social media, the interior ministry said on Saturday.