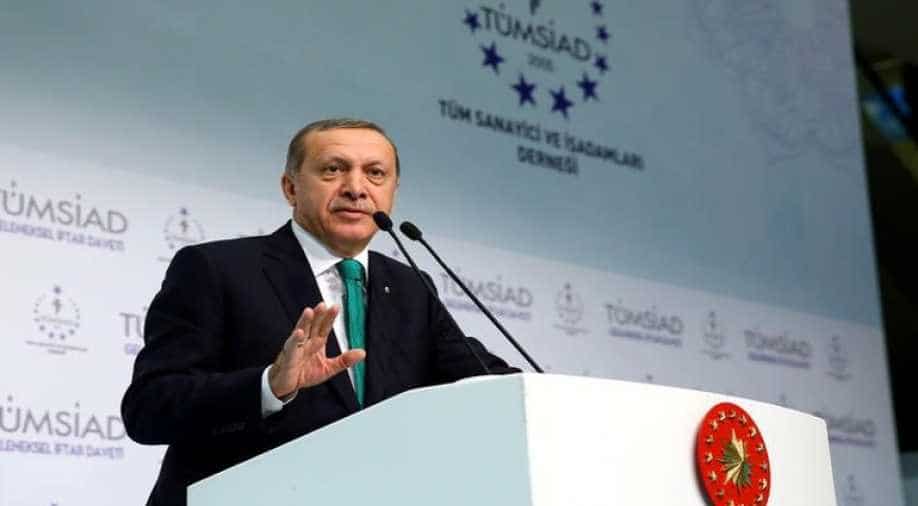 Turkey struck a deal with the EU in March to stem the flow of migrants into Europe and it has sharply cut the number of refugees and migrants reaching Greece. Photograph:( Reuters )

Follow Us
President Tayyip Erdogan outlined plans on Tuesday to grant citizenship to some of the near 3 million migrants who have fled war in neighbouring Syria, particularly those with qualifications of use to Turkey.

"Western nations open their doors to such skilled individuals and they have no choice but to go (to the West) when we do not open the gates (of citizenship) ourselves. We would like to benefit from their knowledge," Erdogan told reporters after praying at an Istanbul mosque.

Turkey struck a deal with the European Union in March to stem the flow of migrants into Europe and it has sharply cut the number of refugees and migrants reaching Greece. However, the deal has been hampered by discord over Turkish counter-terrorism law, which the EU wants brought in line with its codes.

Ankara has already said it would make it easier for migrants from Syria and other nations to get work permits and Erdogan said they could also be made Turkish citizens.

"There are highly qualified individuals among Syrian refugees in Turkey. (Granting them citizenship) would both serve Turkey's interests and improve their living standards," Erdogan said at the start of the Muslim Eid al-Fitr holiday.

Some 260,000 of the Syrians in Turkey live in state-run camps, while the remainder live in accommodation in cities across the country, which has a population of 79 million.

"We do not think it right to host such people in tent camps, container towns or in such basic places," Erdogan said.

Erdogan first raised the idea of giving Syrian migrants the possibility of Turkish citizenship at the weekend, saying that the interior ministry was taking steps on the issue.

His comments come after the Turkish government took steps last week to improve relations with Israel and Russia, marking a shift in a foreign policy which had left Turkey more isolated than influential.