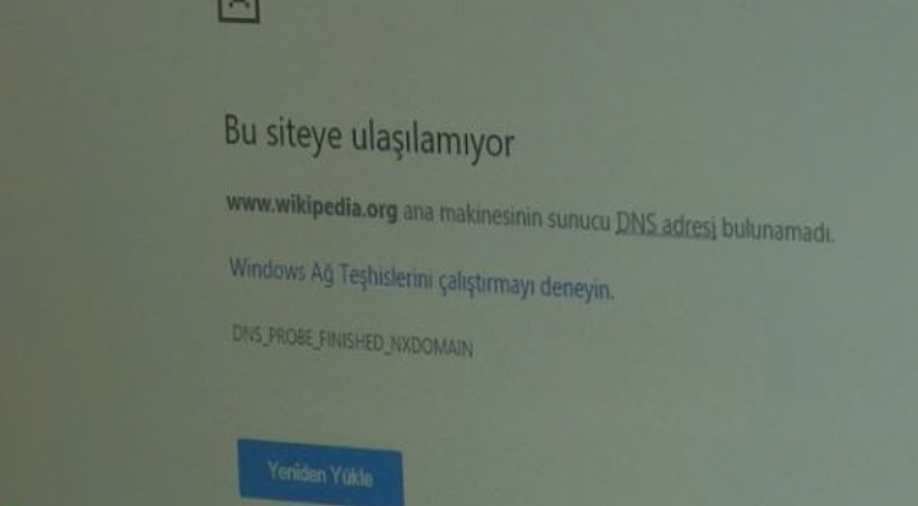 The government also dismissed almost 4,000 public officials in the latest wave of the purge ||A state of emergency has been imposed in Turkey in the wake of last year's failed coup in July ||The emergency decrees were published in the official gazette

Turkey on Saturday blocked all access to Wikipedia and banned television dating shows, adding to fears of a crackdown after President Recep Tayyip Erdogan`s victory in a referendum on enhancing his powers.

The government also dismissed almost 4,000 public officials in the latest wave of the purge under the over nine-month state of emergency that has followed last July's failed coup.

Erdogan, who has dominated Turkey since 2003 as premier and now president, narrowly won the April 16 referendum on enhancing his powers which supporters believe will lead to better government but critics say creates one man rule.

Turkey's Information and Communication Technologies Authority (BTK) said it had implemented the ban against online encyclopedia Wikipedia.org with an administrative order.

Turkish state media said the ban was imposed because Wikipedia had failed to remove content promoting terror and accusing Turkey of cooperation with various terror groups.

There was no indication when the ban might be removed, with a formal court order expected to follow in the coming days. Reacting to the ban, Wikipedia`s founder Jimmy Wales wrote on Twitter: "Access to information is a fundamental human right. Turkish people, I will always stand with you to fight for this right."

A block affecting all language editions of the website in Turkey was detected from 0500 GMT after an administrative order by the Turkish authorities, according to the Turkey Blocks monitoring group, which follows internet restrictions in the country.

Residents in Istanbul were unable to access any pages of Wikipedia on Saturday morning without using a Virtual Private Network (VPN), AFP correspondents said.

The order was issued under Law 5651, passed in 2014 by parliament, which bolstered the BTK`s control over the internet and was seen at the time by freedom of expression activists as an erosion of online liberties.

The incident quickly spawned its own separate Wikipedia entry -- "Wikipedia blocked in Turkey".

Turkey has become notorious over the last years for temporarily blocking access to popular sites, including Facebook and Twitter, in the wake of major events such as mass protests or terror attacks.In a decree issued late Saturday evening, Turkey also banned hugely popular television dating shows, a move that been mooted for months by the government.

"In radio and television broadcasting services, such programmes in which people are introduced to find a friend.... cannot be permitted," said the text of the decree.

Deputy Prime Minister Numan Kurtulmus said in March that the ban was in the pipeline, arguing the shows do not fit in with Turkish traditions and customs.

"There are some strange programmes that would scrap the institution of family, take away its nobility and sanctity," Kurtulmus said at the time.

Opponents of the ruling Islamic-rooted Justice and Development Party (AKP) government frequently voice fears that Turkey is sliding toward conservative Islam under Erdogan.

But AKP supporters have said that dating shows receive thousands of complaints every year and the ban is in the public interest.Under a separate decree, 3,974 public officials were dismissed by Turkey including more than 1,000 people working with the justice ministry and over 1,000 staff employed by the army.

Those fired from the air force included over 100 pilots, it added. Almost 500 academics working for state institutions were also dismissed.

The dismissals came after Turkey on April 26 detained more than 1,000 people and suspended over 9,100 police in a vast new crackdown against alleged supporters of the US-based preacher Fethullah Gulen blamed for the failed July 15 coup bid.

An already nine month state of emergency in place since the coup bid has seen a total of 47,000 people arrested and prompted fears the crackdown is being used to go after all opponents of Erdogan.
Gulen denies being behind the coup but the authorities argue the purges are needed to wipe out his "virus" from society.

The crackdown has also caused major strains with the European Union, which Turkey has sought to join for the last half century in a so far fruitless membership drive.

But German Chancellor Angela Merkel said Saturday the EU`s top officials will seek a meeting with Erdogan at a NATO summit next month despite the mounting tensions with Ankara.

Why the collapse of the Soviet Union is China's nightmare?

Credibility of Black Lives Matter movement being shattered by vandalism

COVID-19 in New York came through Europe, not directly from China: Study