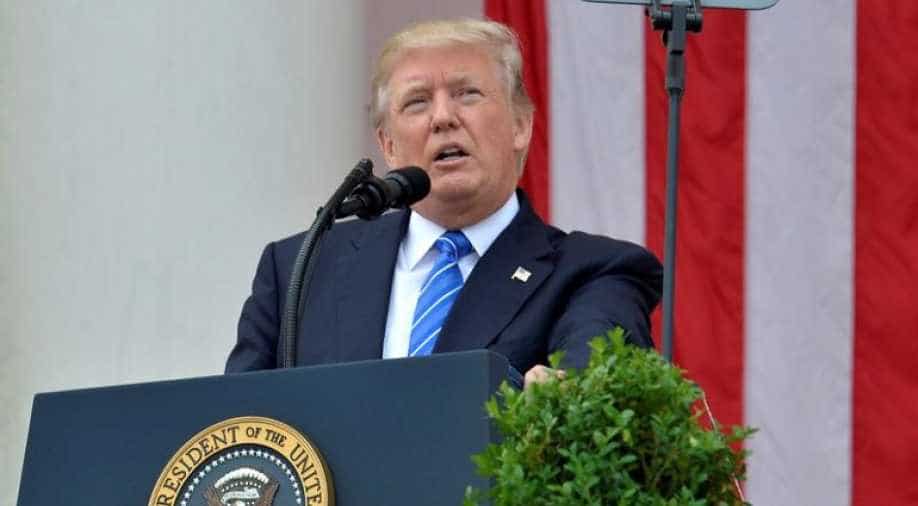 US President Donald Trump makes remarks at the Amphitheater after laying a wreath at the Tomb of the Unknown Soldier at Arlington National Cemetery as part of Memorial Day observance, Arlington, Virginia, US, May 29, 2017. Photograph:( Reuters )

Dubke's last day has not yet been set, but it could be Tuesday||The Washington Post reports that this could be the first in a series of changes to Trump's senior staff, as the Russia scandal continues to grow

"He has expressed his desire to leave the White House and made very clear that he would see through the president's international trip," White House adviser Kellyanne Conway said in an interview on Fox News, referring to Trump's first overseas trip to the Middle East and Europe that ended on Saturday.

Dubke, a communications firm owner who was brought into the Trump administration in March, has not set a last day on the job but is leaving on good terms, according to Axios News, which first reported his departure and cited a senior administration official.

The Washington Post reports that this could be the first in a series of changes to the president's senior staf, as the Trump-Russia scandal continues to grow.