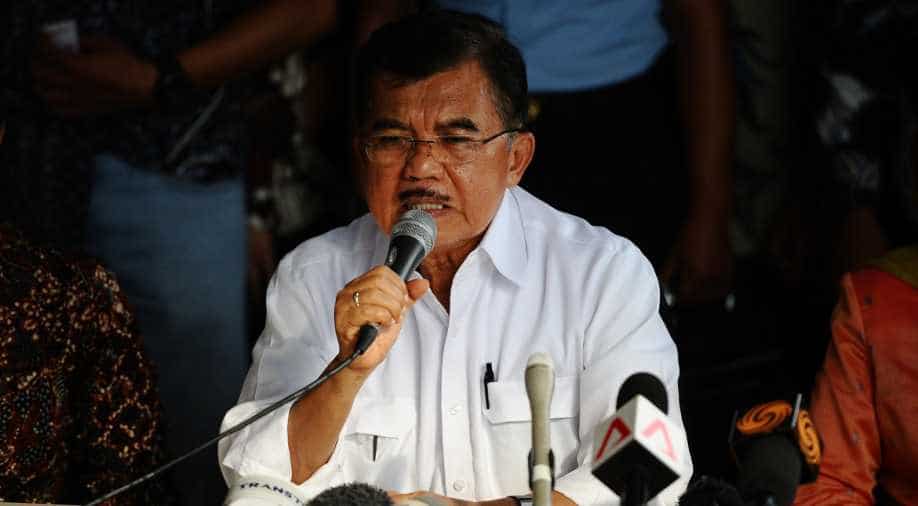 Jusuf Kalla said the Indonesian govt is 'not happy with Trump's opinions'. He added that they are in wait-and-see mode, that Trump's comments could be seen as posturing. Photograph:( Reuters )

Follow Us
Indonesia's Vice President today voiced concerns over US presidential candidate Donald Trump's comments on Muslims, saying "discrimination according to religion" could prompt retaliatory policies from other countries.

Jusuf Kalla told Reuters in an interview that the government was "not happy with Trump's opinions" - the first critical remarks from a top official in the world's most populous Muslim-majority nation, which come as Trump called for more profiling in the US to battle crime.

"Any country, especially big countries, seen making policies about 'radicalism' or discrimination according to religion will be a bad issue," Kalla said in an interview with Reuters.

"There will be 'vice-versa' policies from other countries," he said, adding an impact would be felt on economy and trade.

Trump's inflammatory remarks on Muslims, including wanting to temporarily ban them from entering the United States, on foreign policy and on international trade ties have raised concerns in some Asian countries over a potentially "isolationist" United States.

In Indonesia, Southeast Asia's biggest economy, politicians and lawmakers are already thinking about restricting US trade and investment if Trump becomes President. An online petition, urging a ban on the billionaire and his businesses from the country, has received nearly 47,000 signatures.

The real estate developer also has partnerships to operate luxury resorts on Bali and in Java, which Indonesian officials have said could be threatened by his rhetoric.

"Of course there will be an impact, not for Indonesia, but for his business," Kalla said, when asked about Trump's involvement in the resorts.

But the Indonesian government was in wait-and-see mode, Kalla said, adding Trump's comments could be seen as posturing as part of his presidential campaign.

"We still see this as campaign strategy. Campaigning is one thing and realisation is another thing," he said.
(Reuters)