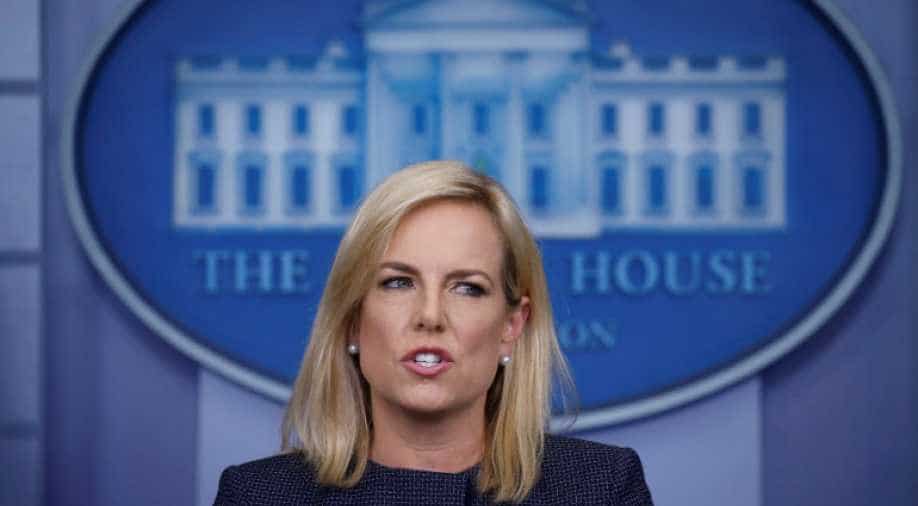 Trump has been mulling removing Nielsen, a Kelly protege who became the secretary at Homeland Security when he left the job to become Trump's chief of staff, for a number of weeks, the source said.

US President Donald Trump is expected to remove Department of Homeland Security chief Kirstjen Nielsen and is considering replacing chief of staff John Kelly in another shakeup of his administration, a source close to the White House said.

Trump has been mulling removing Nielsen, a Kelly protege who became the secretary at Homeland Security when he left the job to become Trump's chief of staff, for a number of weeks, the source said.

The source cautioned Trump could still change his mind on the matter, but said he has grown weary of her in his push to harden the US border with Mexico.

Trump has not decided on a candidate to replace Nielsen, the Wall Street Journal reported.

"The Secretary is honoured to lead the men and women of DHS and is committed to implementing the President's security-focused agenda to protect Americans from all threats and will continue to do so," said Tyler Houlton, a Department of Homeland Security spokesman, in response to an ABC News report about the possible staff changes.

Kelly, a retired Marine Corps general, has sought to bring more stability to the White House operation under the unpredictable Trump.

During his time as chief of staff, he and the president have had a rocky relationship, according to various news reports and Bob Woodward's best-selling book "Fear: Trump in the White House."

If they leave, Kelly and Nielsen would join a long list of people who have been fired by Trump or resigned since he took office in January, 2017. That list includes former Secretary of State Rex Tillerson and former Attorney General Jeff Sessions, who was removed by the president last week.